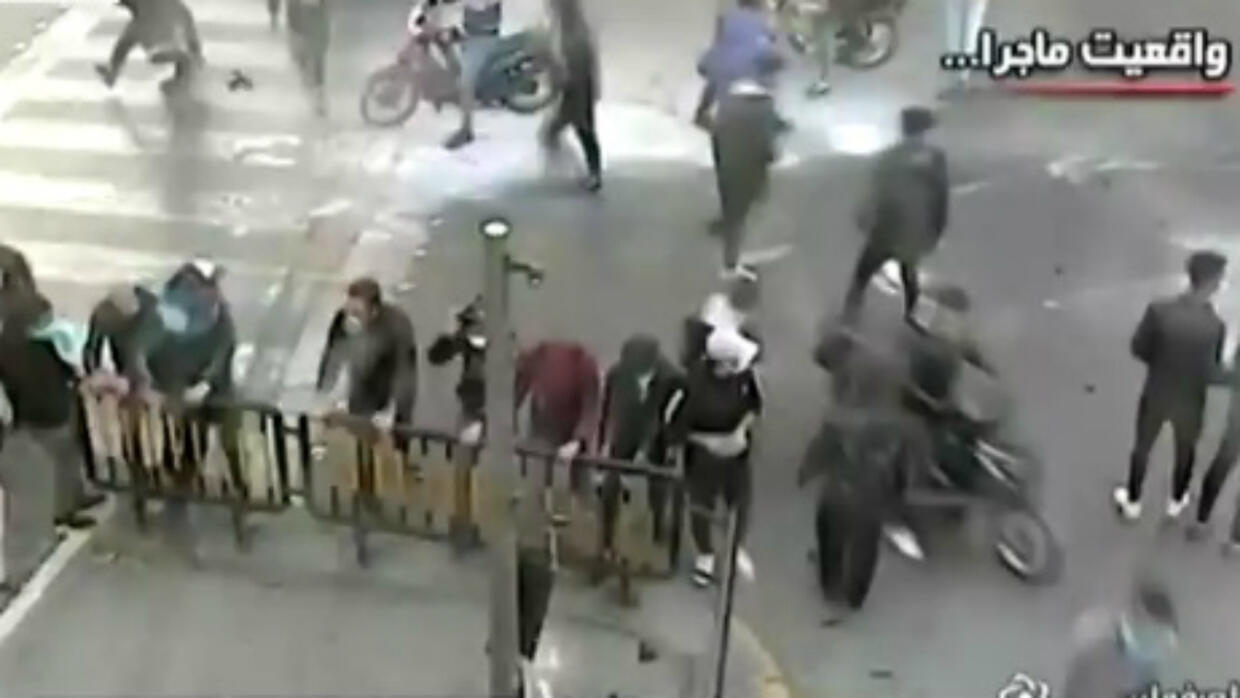 Three members of the Iranian security forces have been stabbed to death by “rioters” near Tehran, the ISNA and Fars news agencies reported late Monday.

The assailants wielding knives and machetes ambushed the three—a Revolutionary Guard and two members of the Basij militia—west of the capital, the news agencies reported.

The deaths take to at least five the number of people confirmed to have been killed in violent demonstrations that erupted across Iran on Friday against a surprise petrol price hike.

One of the three was identified as Morteza Ebrahimi, a commander of the Islamic Revolutionary Guard Corps and father of a newborn child, according to Fars.

The other two were Majid Sheikhi, 22, and Mostafa Rezaie, 33. Both served in the Basij militia, a volunteer force loyal to the establishment.

State television said a ceremony would be held for Ebrahimi and Rezaie in Tehran on Tuesday afternoon.