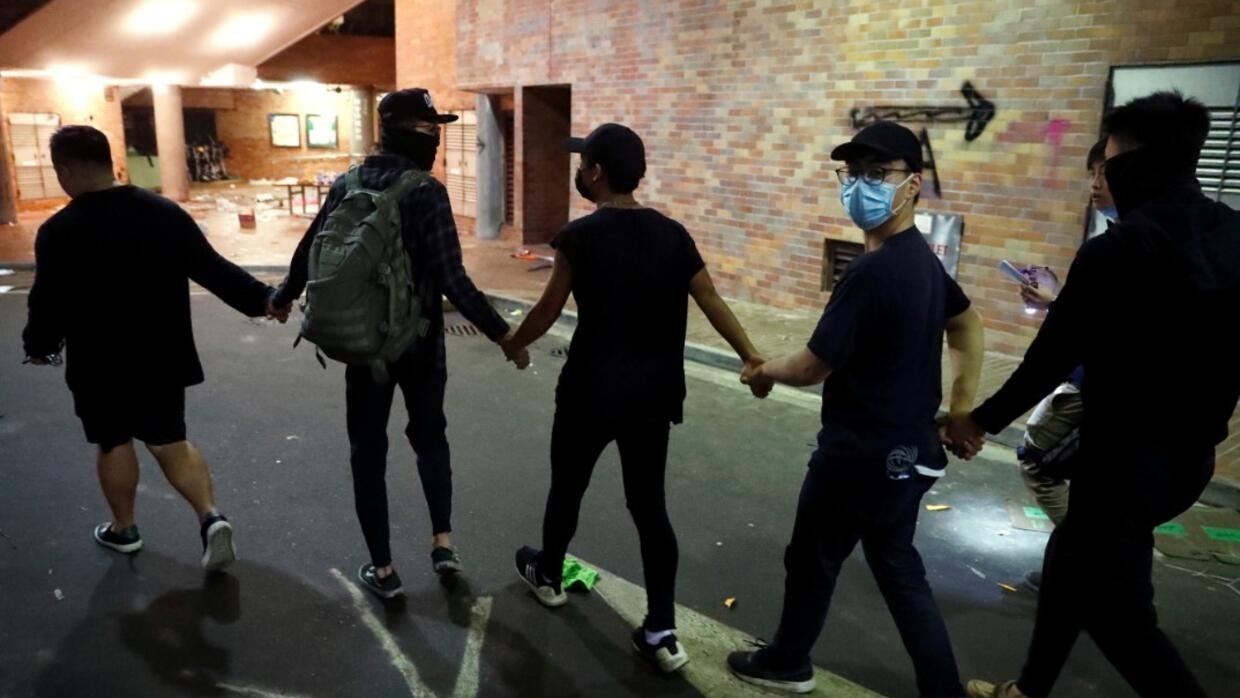 Police will be out in force at polling stations in Hong Kong this weekend as keenly contested local elections take place amid ongoing anti-government protests.

Six masked protesters surrendered before dawn, bringing to about 30 the number that have come out in the past day from a university campus surrounded by police.

The group emerged from a campus entrance and held hands as they walked toward a checkpoint around 3am local time. Five wore the black clothing favored by the movement and the other was in a blue checked shirt.

Most of the protesters who took over Hong Kong Polytechnic University last week have left, but an unknown number have remained inside for days, hoping somehow to avoid arrest.

Police are arresting all the adults, while those under 18 can go home but may face charges later.

The anti-government protesters battled with police and blocked the nearby approach to a major road tunnel, which remains closed.

It was the latest bout in more than five months of unrest in the semi-autonomous Chinese territory. Protesters are demanding fully democratic elections and an investigation into alleged police brutality in suppressing the demonstrations.

Protests continue ahead of local vote

Anti-government rallies were held in at least two places Thursday night. Riot police kept watch, exchanging heated words with some, but there were no major clashes ahead of district council elections on Sunday.

Protesters fear that the government could cancel the elections because of the unrest. City leaders have said they want to go ahead with the vote but warned that violence could make it impossible to hold a fair and safe election.

Asked if the police presence would make voters feel uncomfortable, Commissioner Tang said it will make citizens “feel safe to go out and vote”.

The election is seen as a bellwether for public support for the protests.