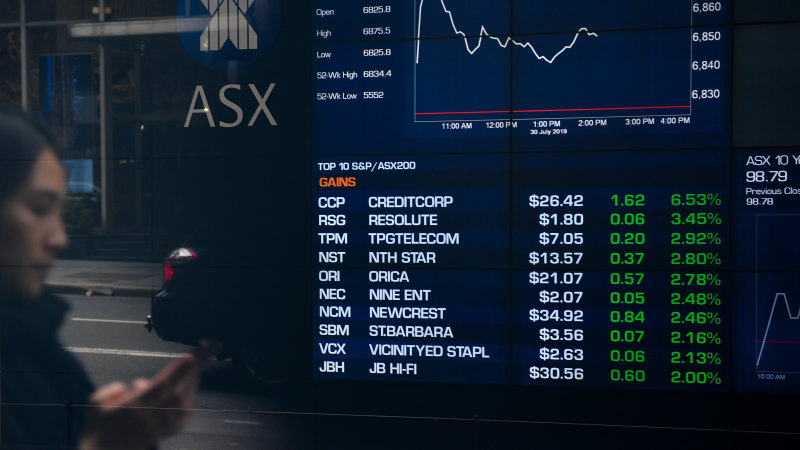 Good economic news out of the United States and China late last week boosted prices for key commodities like iron ore and copper, which drove up share prices on mining companies listed on the Australian exchange on Monday. While vows of cutting oil production by half a million barrels per day from the Organisation of the Petroleum Exporting Countries (OPEC) also boosted share prices of oil companies like Woodside, Oil Search, and Beach Energy.

These gains outweighed significant declines among a handful of Australian companies that issued profit warnings. McMillan Shakespeare closed 7.5 per cent lower at $13.28, Estia Health dropped 7.1 per cent to $2.47 and Viva Energy slumped 6.6 per cent to $1.99.

And a2 Milk was one of the most traded stocks with 12 million shares changing hands after chief executive Jayne Hrdlicka suddenly announced she will resign from the company after 17 months in the role. Shares closed 3.9 per cent lower at $13.97.

Anthony Doyle, Global Cross Asset Specialist for Fidelity International, says risk tolerance among traders is improving and pushing up equity prices.  He says Fidelity has just updated its outlook for 2020, and now expects the global economy to avoid a recession due to central banks cutting interest rates.

“In general I think that we saw the global economy in terms of manufacturing start to recover [this week], and this is really a function of the amount of liquidity that central banks have thrown into markets this year,” he said.

He also expects inflation to finally start rising next year due to a tighter US labour market, noting pressures are building in the US, as demonstrated by Friday’s 0.2 per cent increase in wages.  The local market could increase by as much as 10 per cent next year, he says, but warns the ongoing trade dramas between the US and the rest of the world will still be hanging around.

“Trade tensions are here to stay. It’s not going to be a quick resolution and we are going into the US election … It will be interesting to see how the trade tensions develop as we enter the election cycle next year.”

Lucy Battersby has covered trends, technology and telecommunications since joining The Age in 2008.