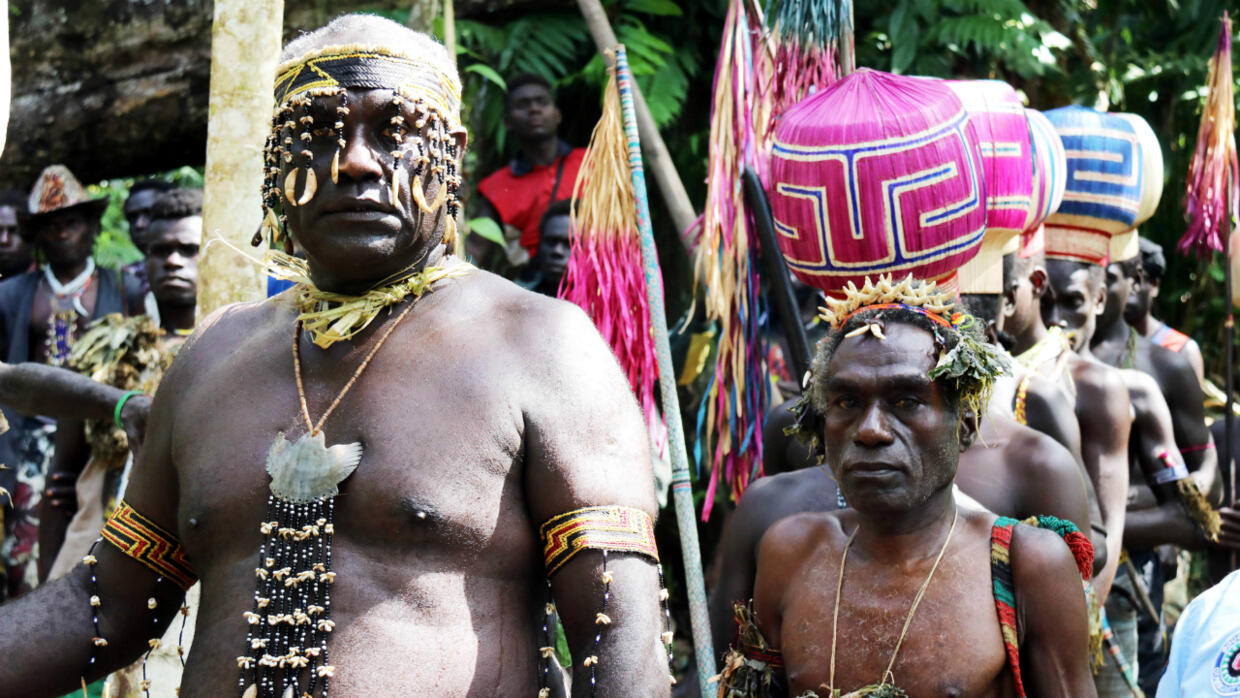 The results of Bougainville’s independence referendum are set to be announced Wednesday — with the troubled Pacific islands expected to resoundingly back the creation of a new nation and a break with Papua New Guinea.

After two weeks of voting marked by joyous celebrations, referendum organisers said the results would be made public around 2:00pm (0300 GMT).

The historic vote caps a decades-long peace process and a long recovery from a brutal civil war between Bougainville rebels, Papua New Guinea security forces and foreign mercenaries that ended in 1998 but not before killing up to 20,000 people — 10 percent of the population.

In stark contrast to that internecine bloodshed, voting began on November 23 with ecstatic residents — some festooned in grass garlands — forming makeshift choirs that stomped through the streets, waving independence flags, blowing bamboo pipes and chanting in chorus.

Bougainvilleans’ choice was between full independence or greater autonomy within Papua New Guinea, a fractious nation of eight million people off the northeast coast of Australia.

There are no reliable exit polls, but it is widely expected that a majority of the 181,067 people who cast their ballots will favour independence.

The vote officially ended on December 7 and according to the Bougainville Referendum Commission it passed off without major incident.

“Around 85 percent of the total people on the referendum roll have cast their vote in an environment that was conducive to a free, fair and credible process” said the commission’s chairman Bertie Ahern ahead of the result.

The former Irish prime minister was picked for the role having shepherded the Northern Ireland peace process.

“Voting has been in the spirit of the larger peace process, of which this referendum is just one part,” he said.

If voters do choose independence, the decision would require ratification by Papua New Guinea’s parliament.

There is anxiety among some in Port Moresby that Bougainville could set a precedent and spur other independence movements.

Since French explorer Louis de Bougainville arrived on this palm-fringed Melanesian archipelago more than two hundred years ago, control has passed from Germany to Australia to Japan to the United Nations to Papua New Guinea.

Many Bougainvilleans feel a closer cultural affinity to the nearby Solomon Islands, with a strong provincial identity that differs from the tribal factions of other regions of Papua New Guinea.

The 1988-1998 war had its roots in a struggle over revenues from the now-shuttered Panguna copper mine, which at one point accounted for more than 40 percent of Papua New Guinea’s exports.

The mine is estimated to still hold more than five million tonnes of copper and 19 million ounces of gold — worth billions of dollars at current market prices.

Independence would prompt a dash for influence among regional powers China, the United States and Australia.

Attuned to regional rivalry, senior figures in Bougainville’s independence movement have already tried to start a bidding war — warning the nascent nation would turn to Beijing if Western countries do not play their cards right and offer financial support.