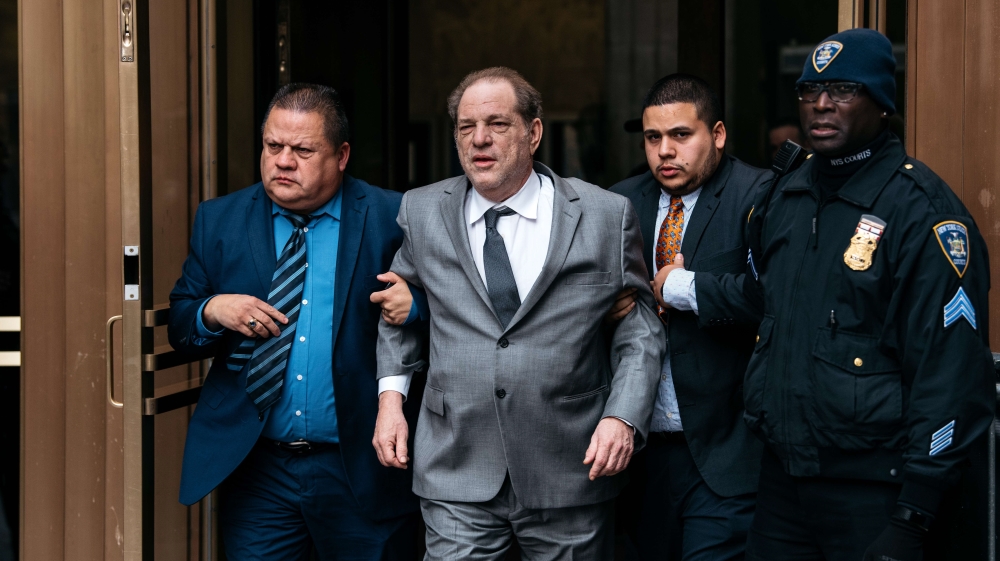 Hollywood film and television mogul Harvey Weinstein and his former film studio’s board have reached a tentative $25m settlement that would end nearly every sexual misconduct lawsuit brought against him and his company, The New York Times reported on Wednesday.

The Times cited half a dozen lawyers in its report, some of whom spoke about the proposed terms on the condition of anonymity.

More than 30 actresses and former Weinstein employees, who have sued the movie mogul for accusations ranging from sexual misconduct to rape, have agreed to the deal, according to the lawyers.

Weinstein would avood paying an of his own money in the settlement and would not be required to admit any wrongdoing, the report said.

Representatives for Weinstein declined to comment to the Times.

The proposed settlement has secured preliminary approval from the major parties involved. It would require court approval and a final sign-off before moving forward.

Aaron Filler, an attorney for Boardwalk Empire actress Paz de la Huerta, told AFP news agency he expected his client, who accused Weinstein of raping her in 2010, to be part of the settlement.

Eighteen of the alleged victims would split $6.2m, with no individual receiving more than $500,000.

A separate $18.5 million would go toward those involved in a class-action case, the New York attorney general’s suit and any future claimants, the Times reported.

Actress Katherine Kendall, 50, said she agreed to the terms of the settlement because she did not want to stop other plaintiffs from receiving recompense.

Louisette Geiss, another plaintiff, said the settlement was “our way to hold all women up. We are trying to create a new reality where this type of behaviour is not accepted”.

“Now that The Weinstein Company is in bankruptcy and Harvey is about to stand to trial, this settlement will ensure that all survivors have the chance for recovery and can move forward without Harvey’s damaging lock on their careers,” Geiss said.

Weinstein is scheduled to be tried on rape and sexual assault charges on January 6.

His bail was increased from $1m to $5m on Wednesday for allegedly mishandling his electronic ankle monitor.

He has pleaded not guilty to charges that he raped a woman in a Manhattan hotel room in 2013 and performed a forcible sex act on a different woman in 2006.

“This is supposed to be some measure of accountability when, you know, I think it is pretty obvious that it isn’t. It is disappointing to see it. Not terribly surprising, but disappointing,” she told Al Jazeera.

One of the “most difficult things” about the agreement is that the accused will not be compelled to admit wrongdoing, Tucker said.