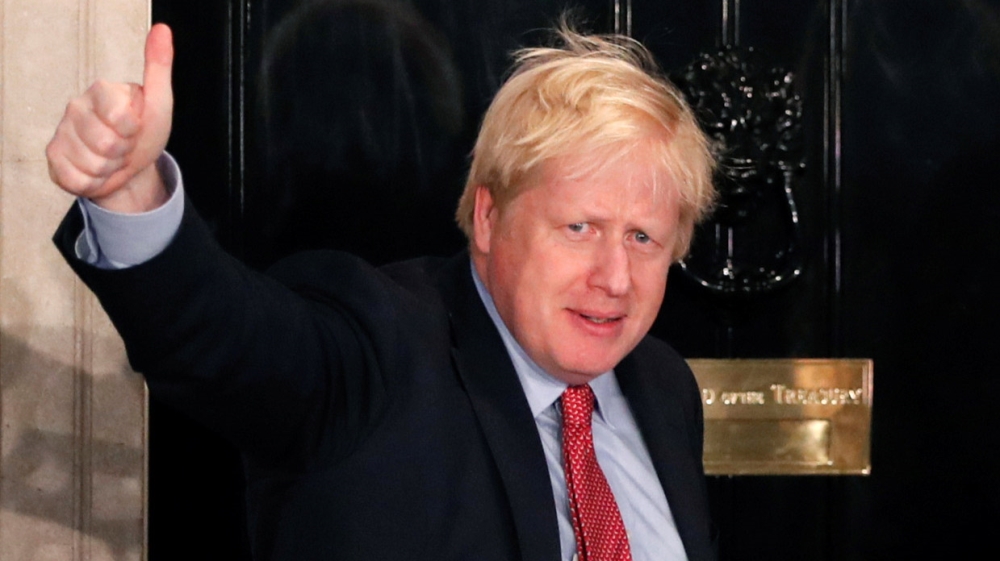 “We will get Brexit done on time by the 31st of January, no ifs, no buts, no maybes,” Johnson told cheering supporters on Friday.

“I will make it my mission to work night and day, flat out to prove that you were right in voting for me this time, and to earn your support in the future.

“And I say to you that in this election your voice has been heard, and about time too.

“Because we politicians have squandered the last three years, three and a half years in squabbles – we’ve even been arguing about arguing, and arguing about the tone of our arguments.

“Leaving the European Union as one United Kingdom, taking back control of our laws, borders, money, our trade, immigration system, delivering on the democratic mandate of the people.”

EU Council President Charles Michel said on Friday the bloc is ready to embark on trade talks with Britain and will do the utmost to protect European priorities after Johnson’s win.

“My point is very clear: we are ready. We have decided what are our priorities,” said Michel as he arrived to an EU summit where leaders would discuss the aftermath of the UK vote and Britain’s planned departure.

Official results from Thursday’s general election, a snap poll called by Johnson to break the Brexit deadlock, showed his Conservatives had won 361 of the 650 seats up for grabs in the House of Commons as of 6:30am (06:30 GMT) on Friday, with results in five seats still to be declared. Turnout was about 67 percent.

US President Donald Trump was among the first world leaders to congratulate Johnson, writing on Twitter: “Congratulations to Boris Johnson on his great WIN! Britain and the United States will now be free to strike a massive new Trade Deal after BREXIT. This deal has the potential to be far bigger and more lucrative than any deal that could be made with the E.U. Celebrate Boris!”

Jeremy Corbyn, leader of the main opposition Labour Party, announced he would not be heading another election campaign after Thursday’s crushing defeat.

Speaking at a vote count in his north London constituency of Islington, Corbyn, 70, described Labour’s performance as “very disappointing” before saying he would lead the party for an interim period while it discussed its future in a “period of reflection”.

Several of Labour’s so-called “red wall” strongholds across England’s Midlands and north – many of which voted in favour of leaving the EU in the UK’s 2016 referendum on membership of the bloc – fell to the Conservatives.