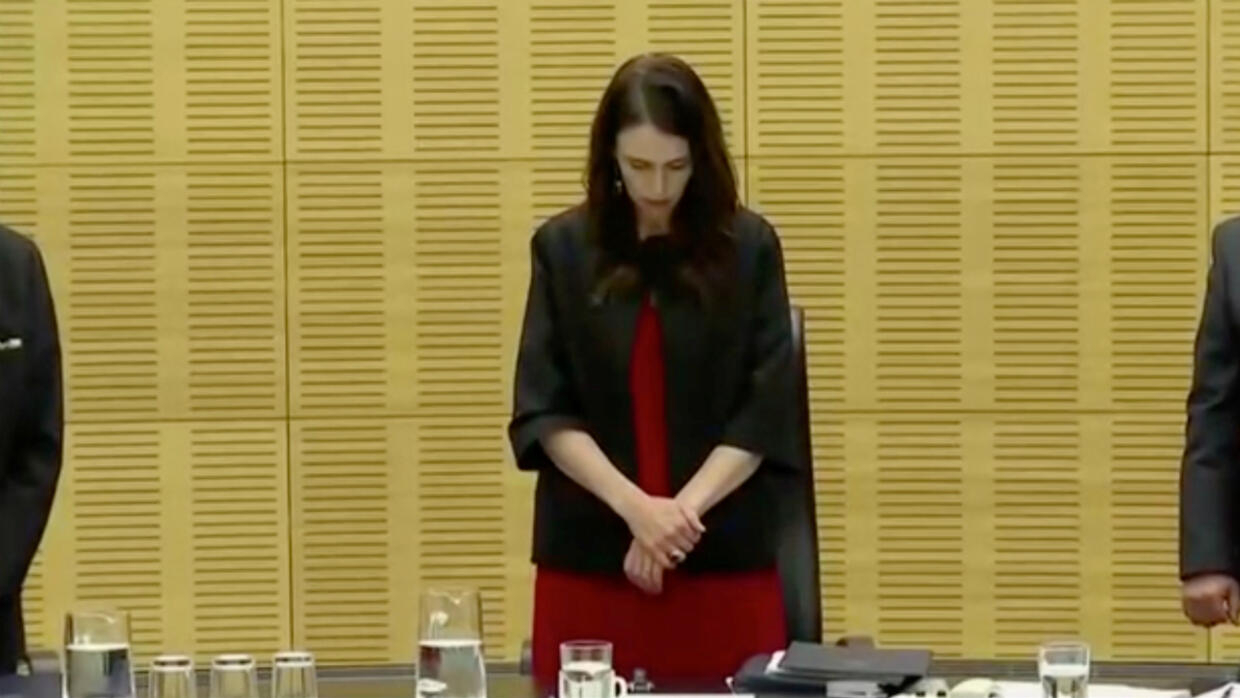 New Zealanders across the country observed a minute of silence on Monday to honour the victims of last week’s fatal volcanic eruption, as police continued efforts to recover two bodies.

The official death toll from the surprise eruption on White Island, also known by its Maori name of Whakaari, stands at 16. Two people whose bodies are believed to be in the waters around the island are still officially listed as missing.

A further 26 people remain in hospitals in New Zealand and Australia, many in critical condition with severe burn injuries.

“Those who have been lost are now forever linked to New Zealand, and we will hold them close,” Ardern posted on her official Instagram account.

The United States embassy in Wellington posted a photograph on Twitter of its staff, with heads bowed, before a U.S. flag flying at half-mast.

Recovery teams who retrieved six bodies from the island on Friday, have so far been unsuccessful in locating the final two bodies despite several hours of searching over the weekend.

“We will continue the operation for as long as we have a chance of recovering those bodies,” Bush told Radio New Zealand.

The volcano, a popular destination for day-trippers, erupted last Monday, spewing ash, steam and gases over the island. The 47 people on the island when it erupted included 24 Australian citizens and four permanent residents, as well as others from the U.S., Germany, China, the U.K. and Malaysia.

Many of dead and injured were Australians on a day tour to White Island from a Royal Caribbean Cruises’ ship that launched its tour of New Zealand’s famed sounds or fjords, lakes and volcanoes earlier this month from Sydney.

The 16-deck Ovation of the Seas docked back in Sydney on Monday, with some passengers disembarking in tears as they were reunited with family members.

“So happy to be home,” Australian tourist Jo Anne Anderson told the Sydney Morning Herald newspaper. “There are dead people, people who went on a trip of a lifetime, and they haven’t come home. It is dreadful.”

Australian Foreign Minister Marise Payne is expected to arrive in New Zealand later on Monday for a meeting with Ardern to express Australia’s thanks to emergency and medical crews.

Legal experts said last week they expected to see lawsuits filed in the U.S. courts by injured passengers and families of those who died. There has been growing criticism that tourists were allowed on the island at all, given the risks of an active volcano.

Royal Caribbean Cruises Ltd’s potential liability for the deadly excursion could hinge on whether the eruption was an unforeseeable “act of God,” maritime lawyers told Reuters.

A spokeswoman for the company declined to comment on criticisms from some passengers about the excursion and the cruise line’s handling of the aftermath of the tragedy.

“We will to continue to provide ongoing support and services to them and their families during this difficult time,” the spokeswoman said in an emailed statement.