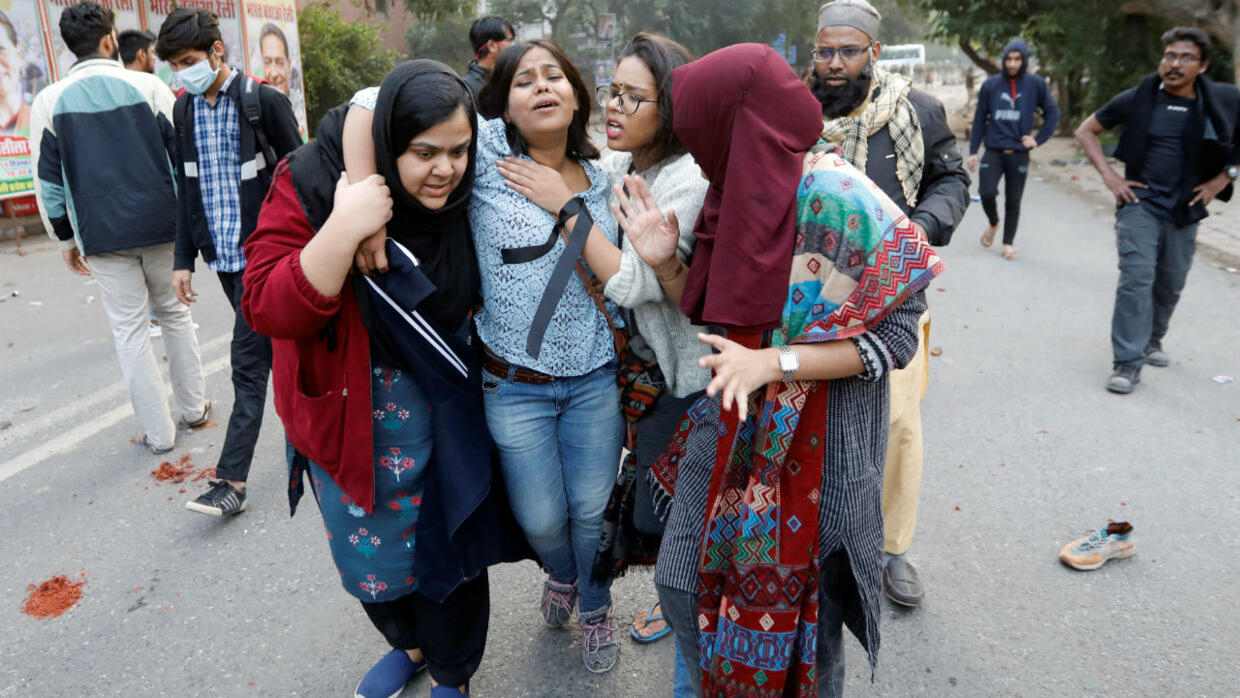 Police fired tear-gas and struck demonstrators with batons  on Sunday in India’s capital city, where thousands, including students at the Jamia Millia Islamia University, protested against a new law that will give citizenship to non-Muslims fleeing religious persecution from several neighboring countries.

The third day of what had been a peaceful demonstration against the law, passed by India’s Parliament last week, descended into chaos Sunday afternoon. Three buses were set on fire, police officials said.

Chinmoy Biswal, a top police official, said that six police personnel were injured in the melee in an upscale enclave of south Delhi.

“We have time and again maintained that our protests are peaceful and non-violent,” they said in a statement. “We stand by this approach and condemn any party involved in the violence.”

The escalation came as authorities in India’s northeastern state of Assam on the border with Bangladesh, where violence erupted after the law’s passage. Demonstrators fear an influx of foreigners will dilute native Assamese people’s political sway and culture. Five people have been killed in ongoing protests over the law that, for the first time in Indian history, grants citizenship on the basis of religion.

At Jamia Millia Islamia University in Delhi, where slogans such as “#SecularIndia” were graffitied on buildings, many students told The Associated Press that the police fired tear gas inside the university’s library and beat up protesters before sealing all campus gates.

“We were treated like criminals. Scores were injured and I escaped from the campus to save my life,” said student Tufail Ahmad.

Outside campus, the area around Delhi’s Jamia Nagar, a predominantly Muslim area, was deserted with shops and houses latched tight after the violent protests.

A trail of stones that video footage showed protesters pelted earlier in the day at police lay with debris of broken glass and splatters of blood.

Videos shared with the AP from students streaming past a police perimeter surrounding the campus showed scenes of chaos in the university library with police firing tear gas and students huddled under tables and locked inside bathrooms.

“Police have entered the campus by force, no permission was given. Our staff and students are being beaten up and forced to leave the campus,” said Waseem Ahmed Khan, a top official of Jamia Millia Islamia University.

Many of the injured students were taken to nearby hospitals, including Holy Family, where about 26 students were treated, according to Father George, the hospital’s spokesman.

“The police beat me mercilessly after pinning me down to the ground. My other friends weren’t spared either,” said Mujeeb Raza, a student who was being treated at the nearby Al-Shifa hospital.