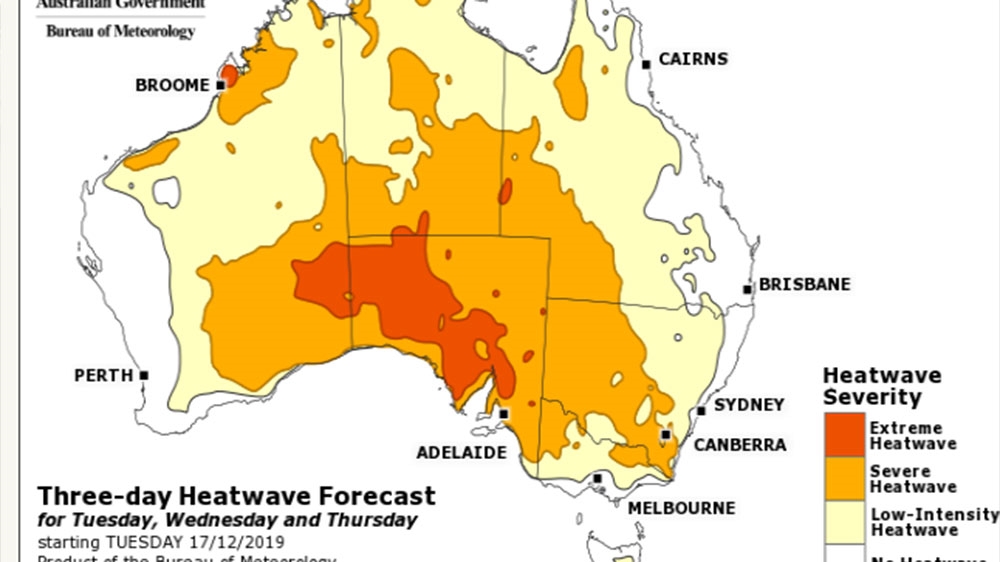 A heatwave is set to encompass much of Australia for most of the coming week, with severe heat warnings in place for a huge swath of the country.

Southeast Queensland (QLD) is having a scorcher with Bureau of Meteorology forecaster, Kimba Wong, saying several temperature records have been broken.

“Gatton reached 43.2C and their previous maximum of 42.6C was only set last week,” said Wong.

As the heat sets in once again, the fire danger risks increase and coincide with the raging bushfires.

“This is coming on top of what we now have seen, which is a very early start to the fire season and a really severe start across large parts of NSW, QLD and more recently over the weekend in WA,” he said.

Above-normal fire danger is expected for most of the east coast, eastern Tasmania, northern Victoria, Kangaroo Island and the Eyre Peninsula in SA and parts of southwest WA. But the risk of fire remains high across most of the country.

The drought is the main cause for this devastating and early start to the fire season.

Thornton said east coast forests, in particular, were extremely dry. “The soil moisture is very low. That means that any ignition source is likely to create new fires.”

He said high temperatures usually drove down humidity as well, which was also a factor in the availability of fuel for fires.

“Once those fires get established, they’re very difficult to control, they will easily spread,” he said.

As the heatwave sets in this week, Thornton went on to say: “It will dry out all the vegetation very quickly, which means that fires will start easily.”

Above-average temperatures and below-average rainfall are the outlook for large parts of Australia this summer.