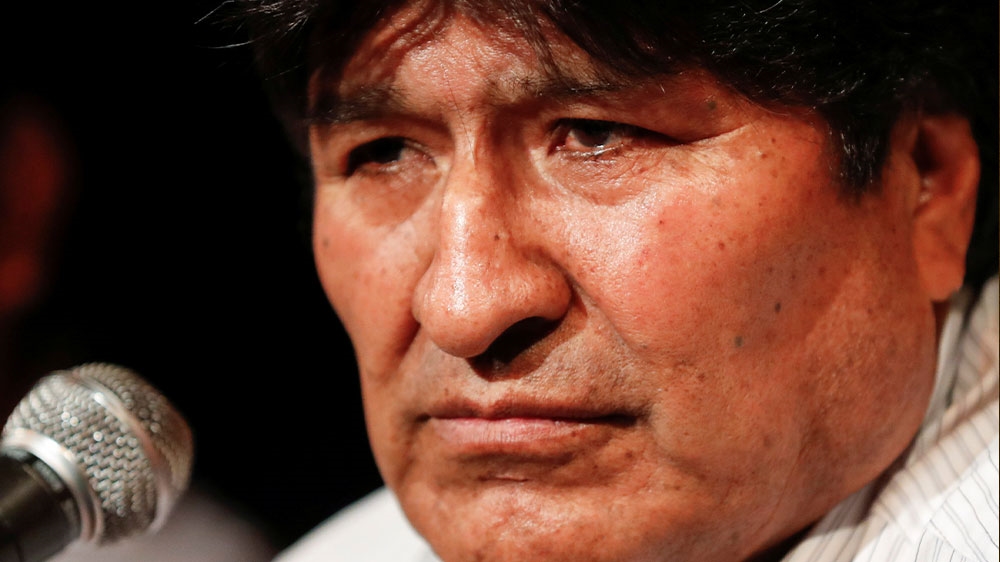 Bolivia’s former President Evo Morales defended his right to be involved in politics on Tuesday and said he would campaign to help his socialist party win new elections after he resigned under pressure in November and sought refuge abroad.

The leftist leader, in his first news conference since arriving in Argentina last week, said he planned to remain active in his Movement to Socialism (MAS) party as it considers several names for candidacy in the next elections.

“I am not a candidate. I will not be a candidate as things are, but I have the right to do politics,” Morales said. “I am convinced that we will win the upcoming elections again.”

Catacora, 56, is a veteran member of MAS. He resigned from his post in November and sought refuge in Mexico along with Morales, but has voiced readiness to return to Bolivia to assume the MAS candidacy.

Rodriguez, 29, was a key leader in the pro-Morales mobilisation that took place after his resignation and has substantial support among young MAS supporters. In a recent poll, he ranked first – with 17 percent – among MAS candidates.

A date for the next elections has not been set.

Morales, who had been in power for nearly 14 years, resigned and left Bolivia in mid-November after an Organization of American States audit found serious irregularities in the way votes were counted in the October 20 election.

Morales resigned under pressure from the armed forces and maintains that he was forced out in a right-wing “coup”. He left for Mexico, where he spent about a month before flying to Buenos Aires.

We support @JeanineAnez in Bolivia as she works to ensure a peaceful democratic transition through free elections. We denounce the ongoing violence and those that provoke it both in Bolivia and from afar. The U.S. stands with the people of the region for peace and democracy!

Meanwhile, US President Donald Trump on Tuesday said he backed Anez as she seeks “a peaceful democratic transition”. He also denounced ongoing violence in the country.

“We support @JeanineAnez in Bolivia as she works to ensure a peaceful democratic transition through free elections,” Trump said on Twitter. “We denounce the ongoing violence and those that provoke it both in Bolivia and from afar.”

Morales arrived in Argentina two days after the inauguration of President Alberto Fernandez, who had said before taking office that Morales would be welcome in the country.