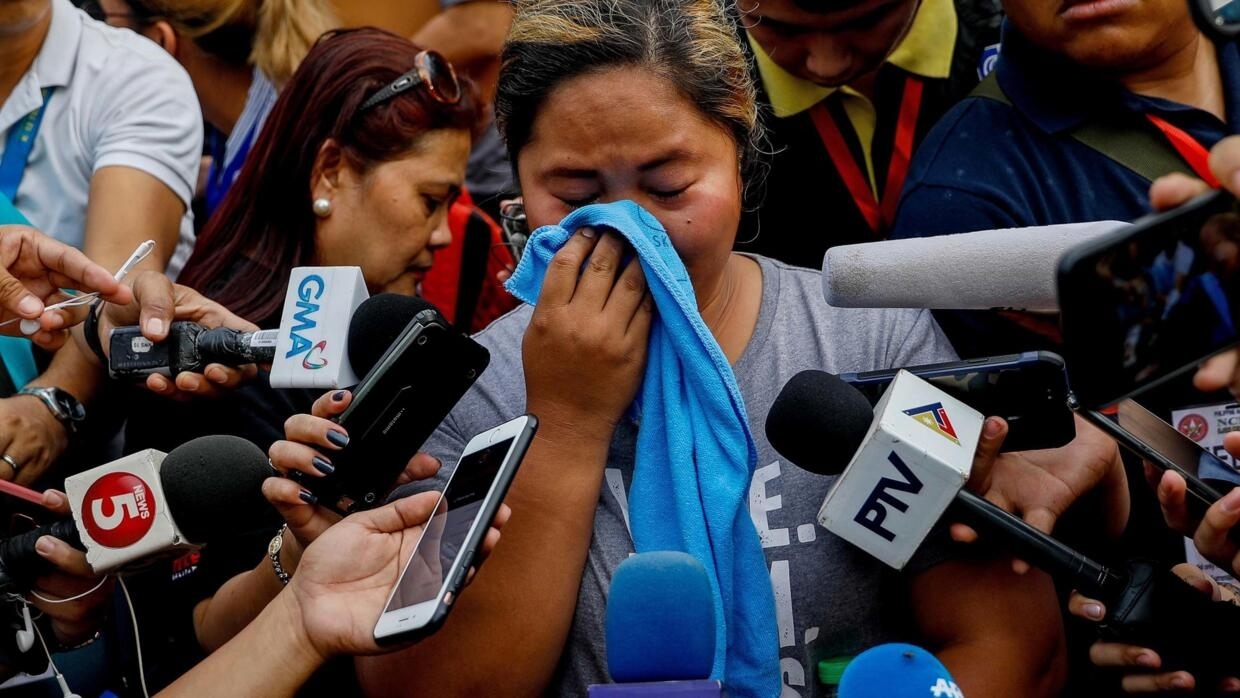 The masterminds of the Philippines’ worst political massacre were on Thursday found guilty of murder, a decade after the slaughter in which gunmen killed 58 people in the conflict-plagued south of the country.

Leaders of the Ampatuan family, a powerful political dynasty, had been accused of orchestrating the killings in a bid to quash an election challenge from a rival clan.

Thirty-two journalists were among those murdered on November 23, 2009, making the massacre also one of the worst ever of media workers.

A Manila court on Thursday found Andal Ampatuan Jnr, who had been planning to run for provincial governor against the rival, and four other relatives guilty of murder.

They were each sentenced to 30 years in jail without parole.

There were roughly 100 defendants due for sentencing on Thursday.

The verdicts for the principals in the case, those accused of orchestrating the massacre and leading the killings, were announced first.

The murders had cast a spotlight on the Philippines’ notorious culture of impunity, in which powerful and wealthy politicians and businessmen often operate above the law.

The Ampatuans ruled the impoverished southern province of Maguindanao and were allowed to build a heavily armed militia by then president Gloria Arroyo to serve as a buffer against a long-running Muslim insurgency in the region.

Prosecutors said family members and their associates carried out the attack in broad daylight on a convoy carrying an Ampatuan family rival’s wife, relatives, lawyers and the journalists, who were killed in a hail of gunfire.

With scores of witnesses and mountains of legal paperwork, the case had creaked through a Philippine justice system that is infamous for being overburdened, underfunded and vulnerable to pressure from the powerful.

During the case’s years of delays, patriarch Andal Ampatuan Snr and seven other defendants had died.

Apatuan Snr had then been governor and wanted to hand over the reins of power to his son and namesake.

The decision by another clan to challenge this dynastic bid in 2010 elections led the Ampatuans to carry out the massacre.

Human Rights Watch immediately hailed Thursday’s verdicts and said it should act as an impetus for broader reforms.

“This momentous verdict should help provide justice to the families of the victims, and build toward greater accountability for rights abuses in the country,” HRW deputy Asia director Phil Robertson said.

“Advocates should use this verdict to spur further political and judicial reforms to ultimately end the impunity that has plagued the country for far too long.

“More broadly, this verdict should prompt the country’s political leaders to finally act to end state support for ‘private armies’ and militias that promotes the political warlordism that gave rise to the Ampatuans.”

However, justice has still not fully been achieved.

About 80 other suspects remain at large, including police officers and Ampatuan clan members who are feared to pose a risk to the prosecution witnesses and the victims’ families.

And the Ampatuans remain a political force in the south.

Ampatuan family members won 25 local seats in May’s elections including Sajid Ampatuan, a defendant in the massacre case who was released on bail.