Sydney, Australia – Australia’s government is resisting growing calls for a more ambitous response to climate change, even as the country battles devastating bushfires triggered by record temperatures that have sent air pollution to critical levels.

Hundreds of homes were confirmed lost last week as massive bushfires burned in every state of the drought-stricken country as town after town endured new temperature highs.

Australia recorded its hottest-ever day on Tuesday and again on Wednesday as the average temperature reached 41.9 degrees Celsius. The previous record was 40.3 degrees on January 3, 2013.

The fires have sparked climate protests aimed at the conservative government, which has resisted pressure to curb greenhouse gas emissions.

Australian Prime Minister Scott Morrison – who came under fire for taking a family holiday in Hawaii as a seven-day state of emergency was declared – apologised on Sunday, but said there would be no change to the government’s climate policy.

“There is no argument … about the links between broader issues of global climate change and weather events around the world,” he said, speaking from the Rural Fire Services headquarters in Sydney.

“But I’m sure people equally would acknowledge that the direct connection to any single fire event – it’s not a credible suggestion to make that link.”

Australia has one of the highest per capita level of emissions in the world.

In the wake of UN climate talks in Madrid last week, Australia has been criticised by climate change experts for using carry-over credits from the Kyoto agreement to meet is Paris targets in an apparent “accounting loophole”.

“The European Union, New Zealand and Pacific Island Countries have already criticised the Australian Government for wanting to use dodgy accounting tricks to meet its 2030 Paris targets, claiming it is against the spirit of the Paris accord,” said Martin Rice, head of research at Climate Council, an independent Australian organisation.

“Australia is on the frontline of the escalating crisis. Now is not the time to cut corners on climate.”

Climate Councillor and scientist Professor Will Steffen urged Australia to contribute to global efforts earlier this month when the Department of Environment and Energy released its emissions projection report.

“The country is on fire while the Federal Government cooks the books.” 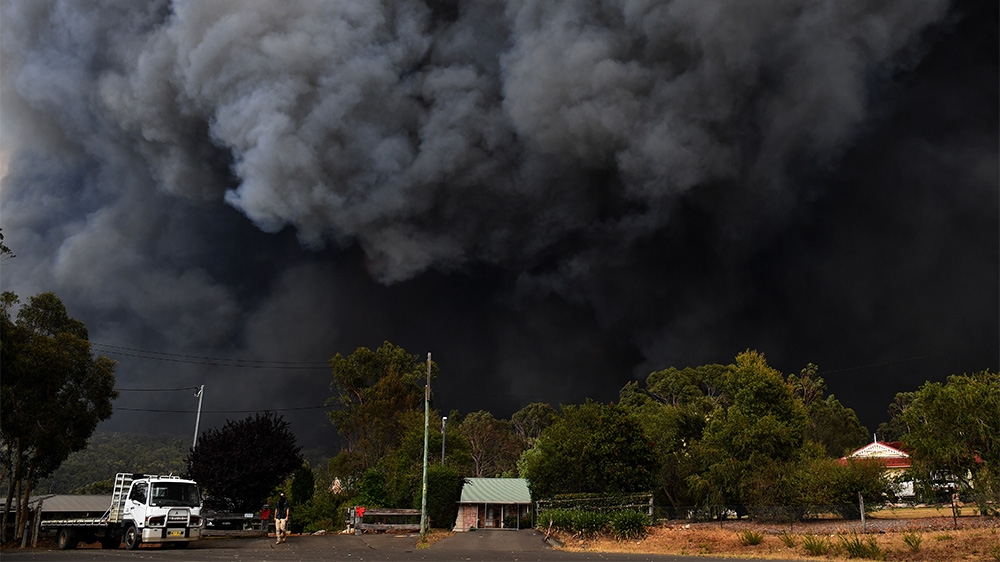 But further emissions cuts could affect the country’s lucrative coal export industry and lead to an increase in already high consumer energy prices.

At a press conference on Sunday, Prime Minister Morrison deflected a direct question about the loophole but defended government policies saying they represented a “balanced” approach.

“We are taking action on climate change,” he said. “We’ve been doing it without embracing the reckless job destroying and economy crunching targets that others are seeking to force upon us.”

He cautioned that a “panicked approach” would “put people at risk”.

“We’ll do it with sensible targets that get the balance right.”

For more than a month, smoke from the fires has shrouded the state of New South Wales and its capital Sydney, Australia’s biggest city, in toxic smog, with the Air Quality Index (AQI) levels rising to hazardous levels throughout last week.

Associate Professor Brian Oliver from the University of Technology, Sydney said since November, the city had been experiencing “pollution on an almost daily basis”.

“They are all really dangerous, but the one that is most concerning is the PM 2.5 as these are the small particles which we can inhale and this can travel over long distances, even from one country to another,” he said.

Smoke increases PM 2.5 levels, which in high quantities can have effects similar to smoking cigarettes, he said.

“For every 20 units the health effects of long term exposure are the same as smoking one cigarette,” Oliver said. “Today in the northern tablelands (a region north of Sydney) the levels are around 1,000, so 50 cigarettes equivalent.” 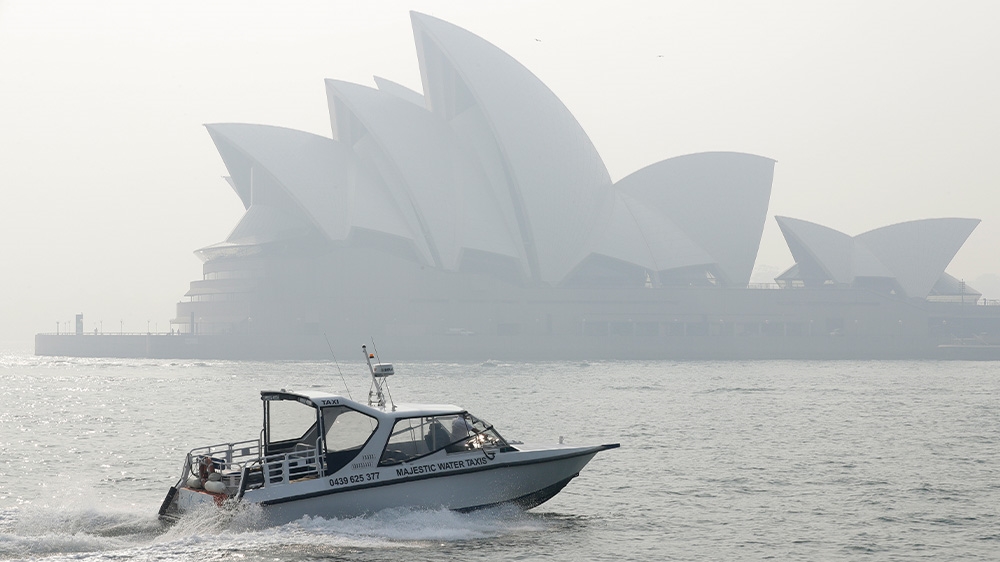 Sydney has been shrouded in a toxic smoke haze from the bushfires, which started earlier than usual as a result of the unusually hot and dry conditions [Rick Rycroft/AP Photo]

Oliver warned if the fires were not brought under control, pollution levels would continue to rise.

“Depending upon the day we have some of the worse air quality in the world,” he said.

The NSW department of Planning Industry and Environment warned AQI levels were likely to rise again by the end of this week.

More than 100 fires continued to burn in the state of NSW on Sunday, as a cool change allowed firefighters to access some areas previously cut off by flames.

NSW Premier Gladys Berejiklian delivered distressing news for the 400 residents of Balmoral, southwest of Sydney, who had been evacuated from their town.

“We have got the devastating news that there’s not much left in fact of the town of Balmoral,” she said at a press conference near Picton on Sunday. “The devastation is shocking.”

Fire authorities were still on the ground assessing damage, while in South Australia 72 homes were confirmed destroyed in another blaze.

Temperatures are forecast to rise again later this week with no expectation of rain for the drought-parched continent.

The Australian Department of Environment and Energy and the office of Minister for Energy and Emissions Reduction Angus Taylor did not respond to requests for comment.