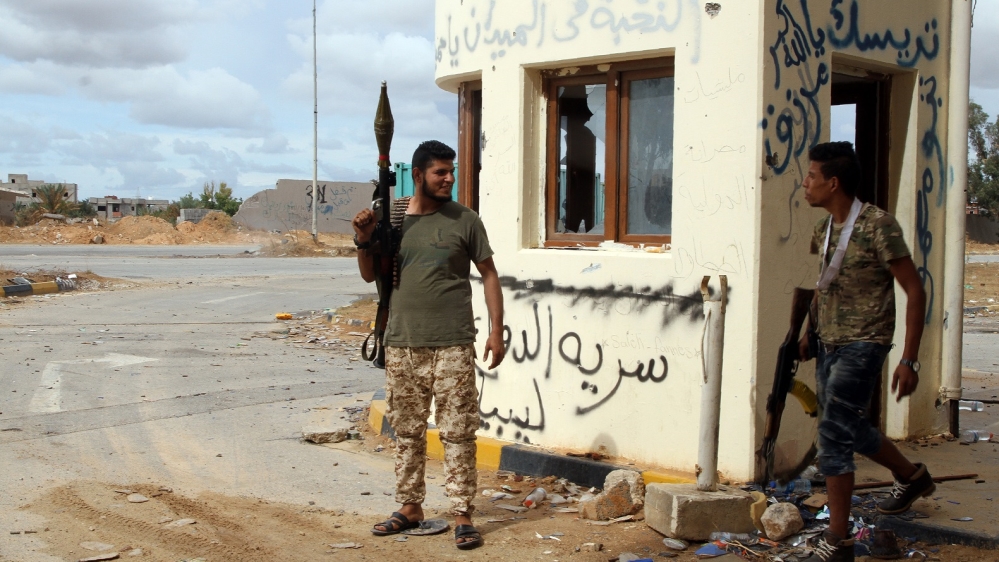 At least four civilians were killed on Tuesday when a projectile exploded in a vegetable market in an eastern suburb of Libya’s capital, a rescue workers’ spokesman said.

Forces loyal to the United Nations-recognised Government of National Accord (GNA), based in Tripoli, accused rival forces answering to eastern strongman Khalifa Haftar of hitting a “civilian area”.

Haftar’s forces, who have since April carried out an offensive against the capital, made no immediate comment on the attack.

An AFP photographer at the scene confirmed the projectile had exploded near a vegetable market, located in an area controlled by forces backing the GNA.

According to UN figures published last week, the fighting around Tripoli since April 4 has killed at least 284 civilians and wounded 363.

More than 140,000 Libyans have been forced to flee their homes over the same period.

The country has been mired in chaos since Muammar Gaddafi was deposed and killed in a 2011 NATO-backed uprising.

As this developed, a spokesman of Turkish President Recep Tayyip Erdogan said on Tuesday that his country may need to draft a bill to allow for troop deployment to Libya.

Ibrahim Kalin said the Turkish parliament is working on the issue after Ankara signed a military cooperation agreement with Tripoli last month.

“There might be a need for an authorisation in line with the developments over there. The parliament is conducting work on this issue,” Kalin told a news conference in Ankara.

“We will continue to support the internationally recognised Libyan government. This support may be in terms of military training, or other areas, such as political support,” Kalin said.

Turkey has already sent military supplies to Fayez al-Serraj’s Tripoli-based government despite a United Nations arms embargo, according to a report by UN experts seen by Reuters last month.

Ankara says Fayez al-Serraj’s Government of National Accord (GNA) has not yet asked Turkey to deploy troops to Libya.

However, President Tayyip Erdogan said on Sunday that Turkey would increase its military support to Libya if necessary and would evaluate ground, air and marine options.

Last week, Russia said it was very concerned about Turkey’s potential troop deployment in Libya, adding that the military accord between the two countries raised questions. A Turkish delegation travelled to Moscow on Monday to discuss developments in Libya and Syria.