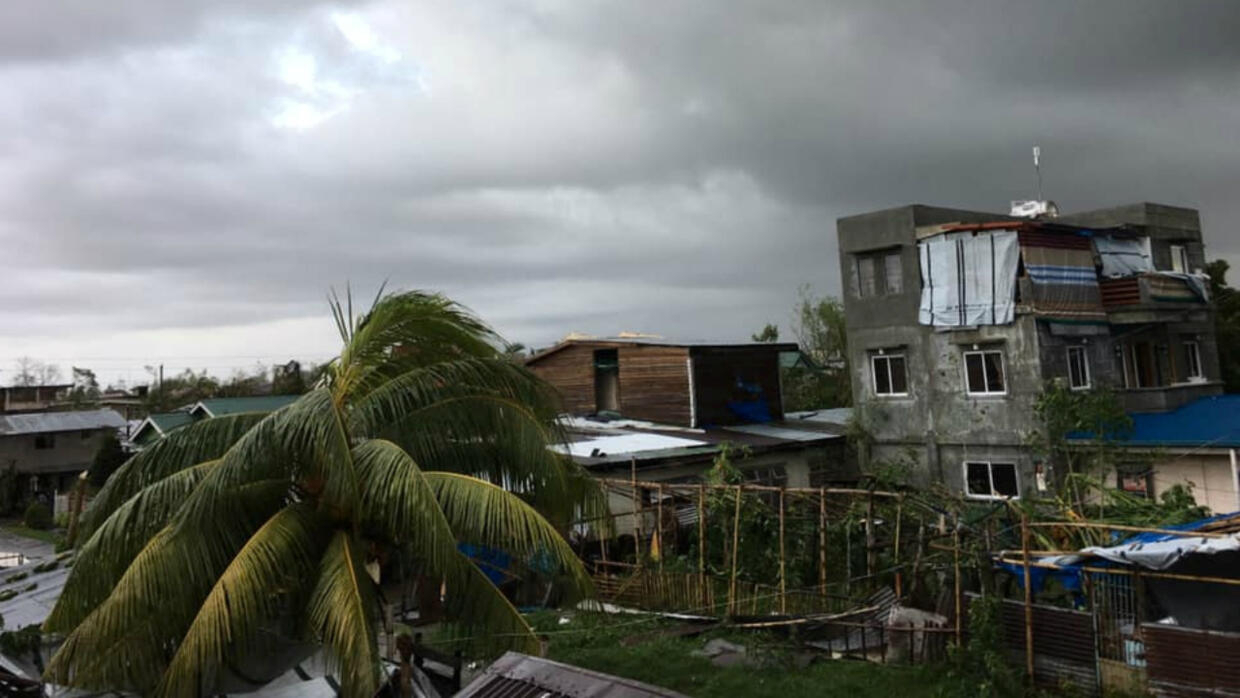 Typhoon Phanfone pummelled the central Philippines on Christmas Day, bringing a wet and miserable holiday season to millions in the mainly Catholic nation.

Thousands were stranded at shuttered ports or evacuation centres at the height of the festive season on Wednesday, and residents cowered in rain-soaked homes as Phanfone leapt from one small island to another for the second day.

The typhoon toppled houses and trees and blacked out cities in the Philippines’ most storm-prone region, but no deaths were reported.

Though weaker, Phanfone was tracking a similar path as Super Typhoon Haiyan – the country’s deadliest cyclone on record which left more than 7,300 people dead or missing in 2013.

“It was frightening. The glass windows shattered and we took cover by the stairs,” Ailyn Metran told AFP after she and her four-year-old child spent the night at the local state weather service office where her husband worked.

A metal window frame flew off and fell onto a car parked outside the building, she said.

With just two hours’ sleep, the family returned to their home in the central city of Tacloban early Wednesday to find their two dogs safe, but the floor was covered in mud and a felled tree rested atop a nearby house.

The weather office said the typhoon strengthened slightly overnight Tuesday and was gusting at 195 kilometres (121 miles) an hour, velocities that can knock down small trees and destroy houses made of light materials.

More islands are along its projected path are expected to be hit with destructive winds and intense rainfall before blowing out into the South China Sea early Thursday, it added.

More than 25,000 people trying to get home for the traditional Christmas Eve midnight dinner with their families remained stranded at ports on Christmas Day with ferry services still shut down, the coast guard said.

Scores of flights to the region also remained cancelled, though the populous capital Manila, on the northern edge has so far been spared.

The Philippines is the first major landmass facing the Pacific cyclone belt.

As such, the archipelago gets hit by an average of 20 storms and typhoons each year, killing scores of people and wiping out harvests, homes and other infrastructure and keeping millions perennially poor.

A July 2019 study by the Manila-based Asian Development Bank said the most frequent storms lop one percent off the Philippine economic output, with the stronger ones cutting output by nearly three percent.