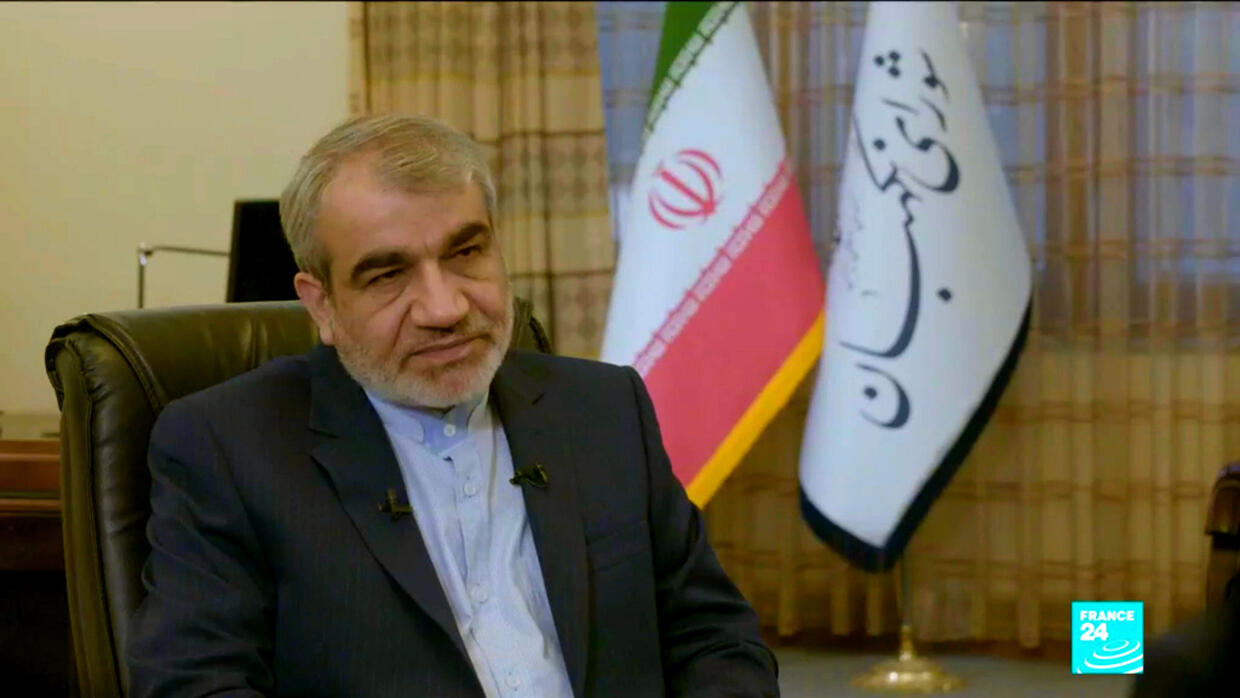 Abbas-Ali Kadkhodaei, a spokesman for Iran’s Guardian Council, tells FRANCE 24 that security forces had a duty to respond to “disturbances, vandalism, attacks against government centres and the destruction of people’s property” during a crackdown on nationwide protests in November.

Kadkhodaei emphasised that a distinction must be made between those who are legitimately demonstrating on “issues related to livelihood and the economy” – much like protests that have taken place elsewhere, including in France and Iraq – and those who were simply interested in “sabotage”.

“The Islamic Republic of Iran has always listened with open ears to peaceful protesters; the authorities must respond to the people’s rightful demands,” he said. “But naturally, when there are disturbances – vandalism, attacks against government centres and the destruction of people’s property – it is the duty of security forces and police to take action, and naturally during these operations it is possible that incidents can happen.”

He continued: “We have to be able to separate those who were protesting for their livelihood – they have to be honoured, we must listen to their concerns and see what their problems are – and those who committed terrorist acts and sabotage.”

Kadkhodaei added that those witnessing events in Iran from abroad do not always form the most accurate impression. “Unfortunately, the analysis that takes place outside of Iran is not always the correct analysis,” he said.

Iranian authorities blocked internet access for several days after the protests began. When asked if the shutdown was the right move, Kadkhodaei said: “If there’s a road or a freeway and terrorists come and do something, what’s the first thing you will do to the freeway? You will shut it down.”

Iran’s semi-official news agency ILNA reported Wednesday that the country is seeing another round of internet outages ahead of a planned commemoration for those killed in the unrest.

According to Amnesty International, at least 304 people were killed during a three-day crackdown on the protests that erupted on November 15 when petrol prices in Iran rose unexpectedly by more than 50 percent. Amnesty also claimed that thousands of protesters – including journalists, students and activists – were arrested as part of the police response.

At the time of the Amnesty report, Iranian authorities had confirmed only five deaths, including four security forces members killed by what they called “rioters”.

Click on the video player above to watch the full interview.