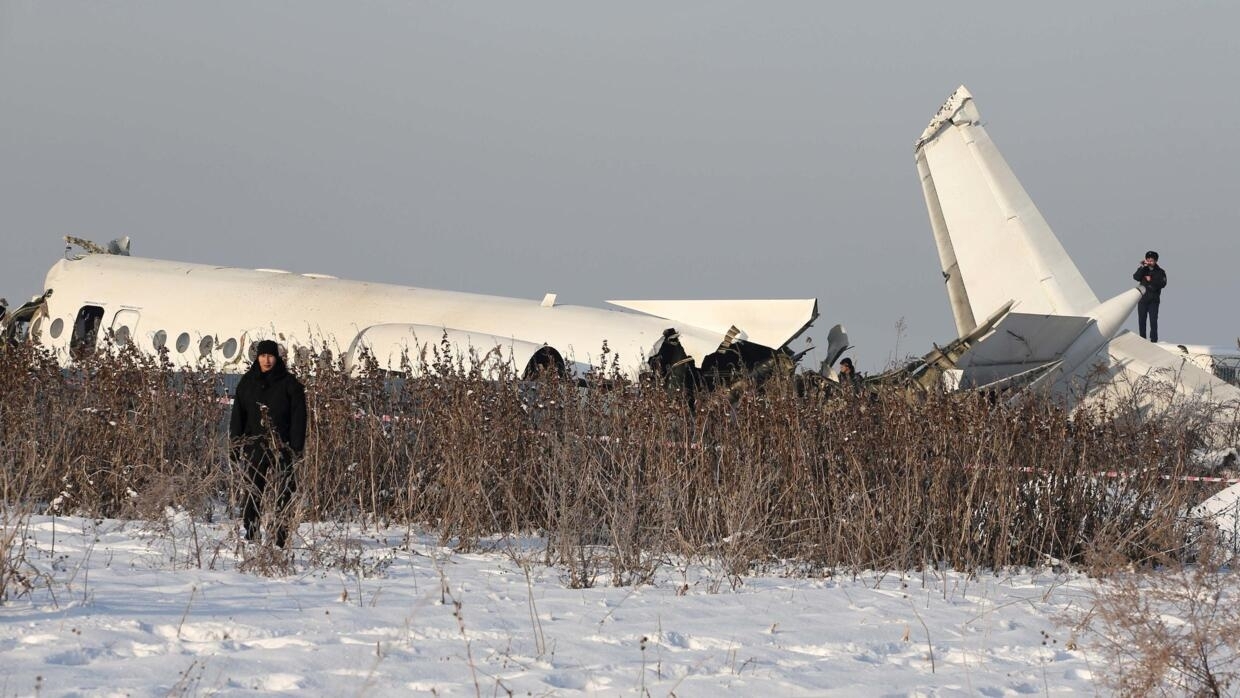 A Bek Air plane with 95 passengers and five crew members on board crashed near the city of Almaty in Kazakhstan on Friday shortly after taking off, killing at least 14 people, authorities in the Central Asian country said.

The Fokker 100 aircraft was heading for the capital, Nur-Sultan, and “lost altitude during takeoff and broke through a concrete fence” before hitting a two-storey building, Kazakhstan’s Civil Aviation Committee said in a statement.

At least 14 people were killed, and 22 have been hospitalised in grave condition, the Almaty mayor’s office said.

The plane was taking off before dawn. A Reuters reporter travelling to the airport said there was thick fog in the area at the time.

The crash site in Almerek village – just beyond the end of the runway – has been cordoned off.

Photographs from the site published by media showed the plane torn into two parts next to a house half-demolished by the impact.

Kazakh carrier Bek Air, which operates a fleet of Fokker 100 jets, could not be immediately reached for comment.

Authorities have not suggested any possible cause of the accident. The aviation committee said it was suspending all flights of that type of aircraft pending an investigation.

“Those responsible will face tough punishment in accordance with the law,” Kazakh President Kassym-Jomart Tokayev tweeted, expressing condolences to the victims and their families.