About 100,000 people were urged to flee five Melbourne suburbs on Monday evening as Australia’s spiralling bushfire crisis killed a volunteer firefighter battling a separate blaze in the countryside.

Authorities in the country’s second-biggest city downgraded an earlier bushfire emergency warning but said residents should steer clear of the blaze, which has burned through 40 hectares (nearly 100 acres) of grassland.

In Bundoora – just 16km (10 miles) north of the city centre and home to two major Australian university campuses – the fire’s spread toward houses had been halted for now but it was yet to be brought under control, said Victoria Emergency.

Local media showed images of water bombers flying over neighbourhoods, and families hosing down their homes in the hope of halting the fire’s spread. 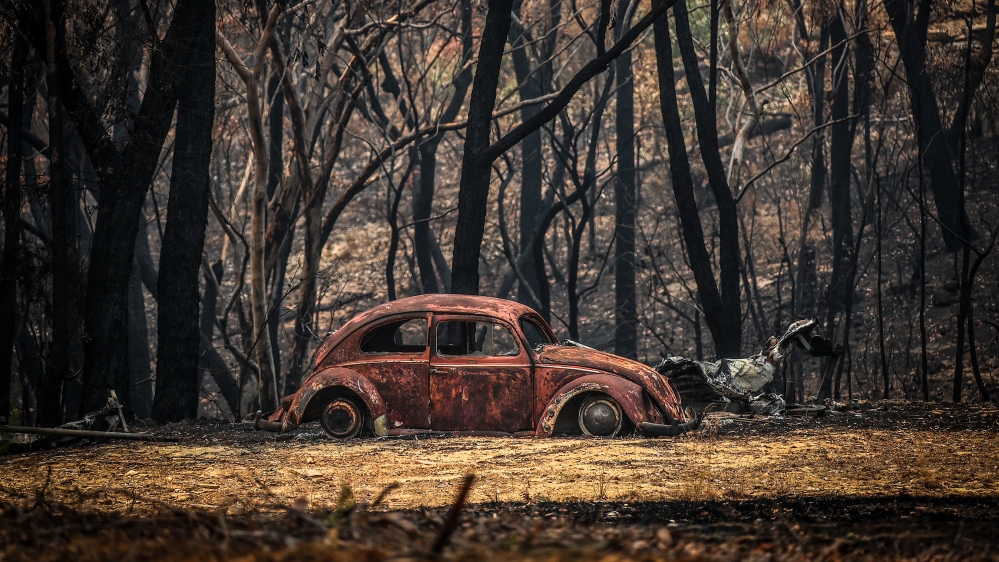 A volunteer firefighter died in New South Wales state and two others suffered burns while working on a blaze more than five hours south-west of Sydney, the Rural Fire Service said.

“It’s believed that the truck rolled when hit by extreme winds,” the agency said in a tweet.

Ten others, including two volunteer firefighters, have been killed so far this fire season.

The blazes have destroyed more than 1,000 homes and scorched more than three million hectares (7.4 million acres).

A heatwave sweeping the country on Monday fuelled the latest destruction in Australia’s devastating summer fire season, which has been turbocharged by a prolonged drought and climate change.

Conditions worsened on Friday with high winds and temperatures soaring across the country – reaching 47C (117F) in Western Australia and topping 40C in every region – including the usually temperate island of Tasmania.

More than a dozen blazes are also raging in Victoria’s East Gippsland countryside, where authorities said “quite a number” of the 30,000 tourists visiting the usually picturesque region had heeded calls to evacuate.

Some of the fires were burning so intensely that hundreds of firefighters were pulled back beyond a front estimated to stretch 1,000km (600 miles).

It was deemed “unsafe” for them to remain in bushland areas, Gippsland fire incident controller Ben Rankin said, describing the situation as “very intense”. 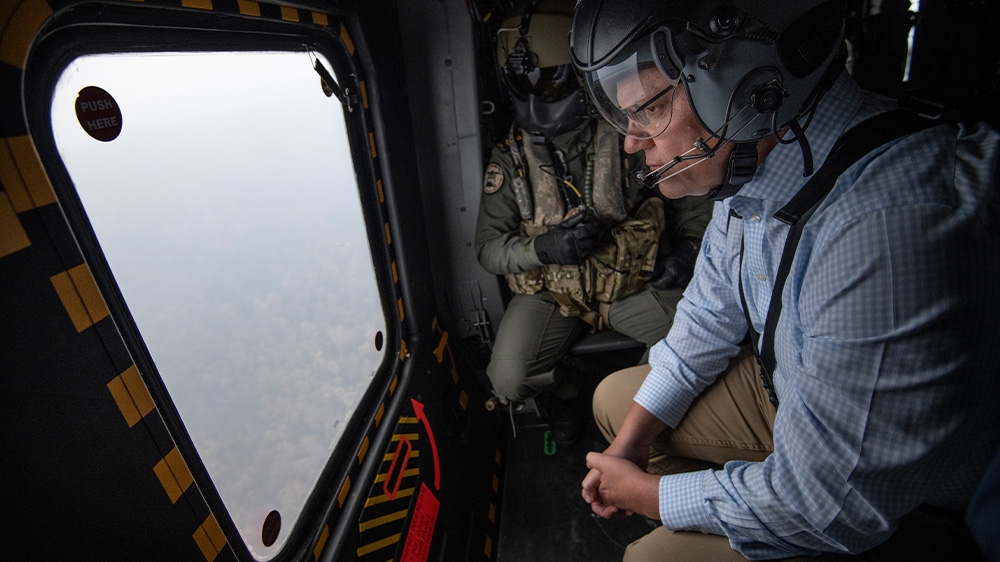 Craig Lapsley, a former Victorian Emergency Management Commissioner, said it was a critical day for people in risk areas.

“It’s a heatwave,” he told Al Jazeera. “It’s 40 degrees in most locations, and if it’s not 40 it’s above 40, and the winds are very strong so that’s obviously the recipe for fires. The heat of the day heats up the forest and the grass and then the wind comes along and drives the fire.”

The crisis has focused attention on climate change, which scientists say is creating a longer and more intense bushfire season. The country is also grappling with a prolonged and devastating drought.

A petition to cancel Sydney’s famous New Year’s Eve fireworks and use the money to fight bushfires ringing the city has topped 270,000 signatures, but officials say the show will go on.

Sydney has spent 6.5 million Australian dollars ($4.5m) on this year’s fireworks display, funds that the Change.org petition argues would be better spent on supporting volunteer firefighters and farmers suffering through the brutal drought.