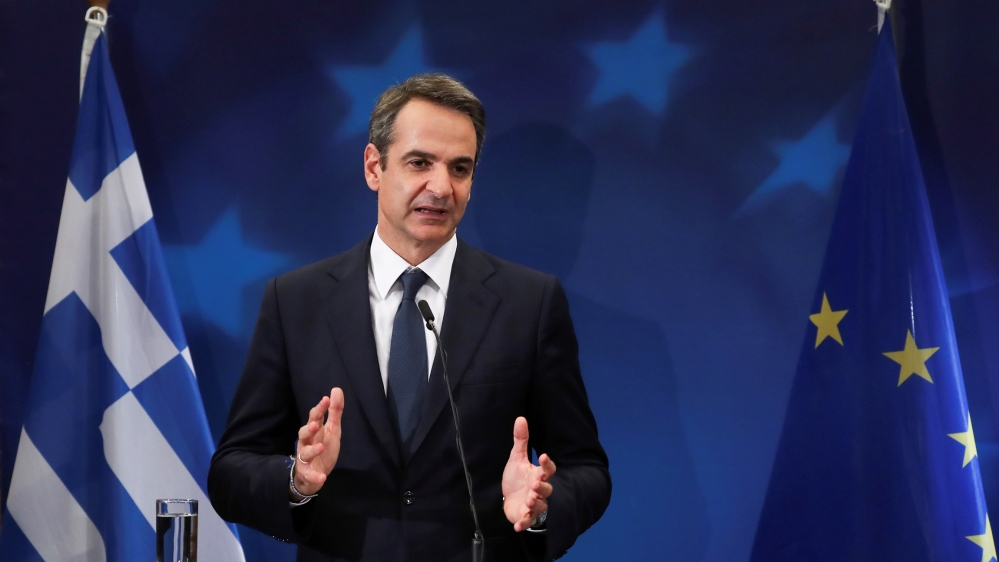 Greece’s prime minister said in remarks published on Sunday that if Athens and Ankara cannot solve their dispute about maritime zones in the Mediterranean they should turn to the International Court of Justice (ICJ) in The Hague to settle the disagreement.

Greece and Cyprus, which have long had maritime and territorial disputes with Turkey, say the accord is void and violates the international law of the sea. They see it as a resource-grab designed to scupper the development of East Mediterranean gas and destabilise rivals.

Greek Prime Minister Kyriakos Mitsotakis, in an interview with weekly newspaper To Vima, said his intention is for Greece and Turkey to discuss their differences about maritime zones in the Aegean and the eastern Mediterranean on a political and diplomatic level.

“But we should say clearly that if we can’t find a solution then we should agree that the one difference that Greece recognises [over maritime zones] must be judged in an international body like the International Court of Justice in Hague.”

Earlier in December, Cyprus petitioned the ICJ to safeguard its offshore mineral rights. There has been no response so far from Turkey to that initiative.

Turkey maintains that several islands and islets near its coasts that are claimed by Greece under long-standing post-war treaties are actually “grey zones”.

“No one should try to blockade us, to trap us in our own coasts or trample on our economic rights,” Turkish President Recep Tayyip Erdogan said last week.

Mitsotakis told the Greek publication that Athens also wishes to take part in the United Nations-sponsored talks on the Libyan talks scheduled to take place in the German capital Berlin in January.

“We do not want a source of instability in our neighbourhood. Therefore we want a say in developments in Libya,” Mitsotakis said.

“We want to be part of the solution in Libya, as it concerns us too … [Libya] is our natural maritime neighbour, not Turkey,” he said.

Since the overthrow of late leader Muammar Gaddafi in 2011, two seats of power have emerged in Libya: One in eastern Libya supported mainly by Egypt and the United Arab Emirates (UAE), and the Government of National Accord (GNA) in Tripoli, which enjoys international recognition.

The eastern administration is supported by renegade military commander Khalifa Haftar’s self-styled Libyan National Army (LNA), which launched an offensive on Tripoli in early April. The LNA fighters have failed to reach the centre of the city but have made small gains in recent weeks in some southern suburbs of the capital.

Erdogan on Thursday announced that he would present a bill to the Turkish parliament in early January to seek consent to dispatch troops in support of GNA-aligned forces, in line with a security agreement signed last month with Libyan Prime Minister Fayez al-Sarraj.

Meanwhile, Turkish Foreign Minister Mevlut Cavusoglu has warned that the Libyan conflict risks sliding into chaos as he sought to speed up legislation to allow for troop deployment.

“If today Libya becomes like Syria, then the turn will come for the other countries in the region,” Cavusoglu said on Saturday at a meeting of the governing AK Party.

“We need to do whatever is needed to prevent Libya from being divided and slide into chaos, and that is what we are doing. It is the legitimate government there that we deal with,” he said, stressing the military and security deals signed with Libya are important.

Cavusoglu is due to meet with three opposition party leaders on Monday and the government is expected to discuss the motion within the coming week.

Separately, the GNA said on Sunday that a video circulating online purportedly showing Syrian fighters deployed by Turkey in Libya was fake. It claimed the recording, which shows a number of men in military fatigues beside a fence, was actually shot in the Syrian province of Idlib.