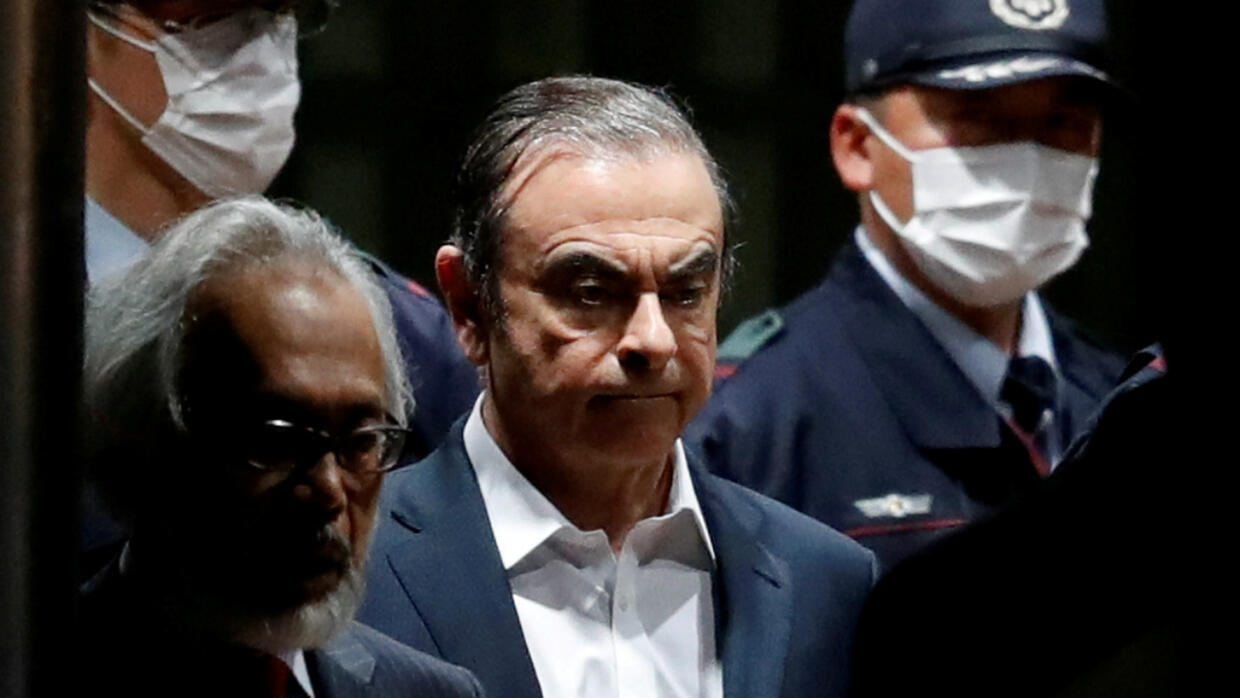 Japanese prosecutors on Thursday raided the Tokyo home of former Nissan Chairman Carlos Ghosn after he skipped bail and fled to Lebanon before his trial on financial misconduct charges.

Tokyo prosecutors and police did not immediately comment. Japanese media showed investigators entering the home, which was Ghosn’s third residence in Tokyo since he was first arrested a year ago. Authorities have now searched each one.

How exactly Ghosn fled surveillance in Japan and popped up in Lebanon, or who might have directed the dramatic escape, remains unclear.

The Tokyo District Court revoked his bail, Japanese media reports said, meaning authorities would seize the 1.5 billion yen ($14 million) Ghosn had posted on two separate instances to get out of detention.

Ghosn was first arrested in November 2018, released and then rearrested.

The court was closed for the New Year’s holidays and could not be immediately reached for comment.

Ghosn had been out on bail while awaiting trial on various financial misconduct allegations. The trial was expected to start in April. The date had not been set.

How the Japanese authorities might investigate Ghosn’s escape and what action they might take on the apparent security lapses remains unclear.

Ghosn, who is of Lebanese origin and holds French, Lebanese and Brazilian passports, disclosed his location in a statement through his representatives but did not say how he managed to flee Japan. He promised to talk to reporters next week.

He said he wanted to avoid “injustice and political persecution.”

“I am now in Lebanon and will no longer be held hostage by a rigged Japanese justice system where guilt is presumed, discrimination is rampant, and basic human rights are denied, in flagrant disregard of Japan’s legal obligations under international law and treaties it is bound to uphold,” the statement said.

His lawyer Junichiro Hironaka denied all knowledge of the escape, saying he was stunned. He said he didn’t expect Ghosn to return to Japan.

When asked if Ghosn had taken any of the documents being prepared for the trial, Hironaka acknowledged he hadn’t checked but said he seriously doubted Ghosn would care about a trial he had taken such pains to avoid.

Japanese media reports said Wednesday there were no official records of Ghosn’s departure from the country, but a private jet had left from a regional airport to Turkey. One report said he sneaked out from his Tokyo home hiding in a case for a musical instrument.

Lebanon’s minister for presidential affairs, Selim Jreissati, told the An-Nahar newspaper that Ghosn entered legally at the airport with a French passport and Lebanese ID.

France has reacted with surprise and confusion, denying any knowledge.

Speculation is rife that a foreign or Japanese government, or both, might have been involved, or maybe just looked the other way to allow the escape to rid the public of a potentially embarrassing trial.

With him missing, Ghosn’s trial is suspended.

But a trial is still pending against Nissan as a company and Greg Kelly, another Nissan executive. Kelly, an American, has said he is innocent.

Ghosn has been charged with breach of trust in having Nissan shoulder his personal investment losses, and diverting payments in Saudi Arabia and Oman for personal gain.

He has repeatedly asserted his innocence, saying authorities trumped up the charges to prevent a fuller merger between Nissan and alliance partner Renault SA.