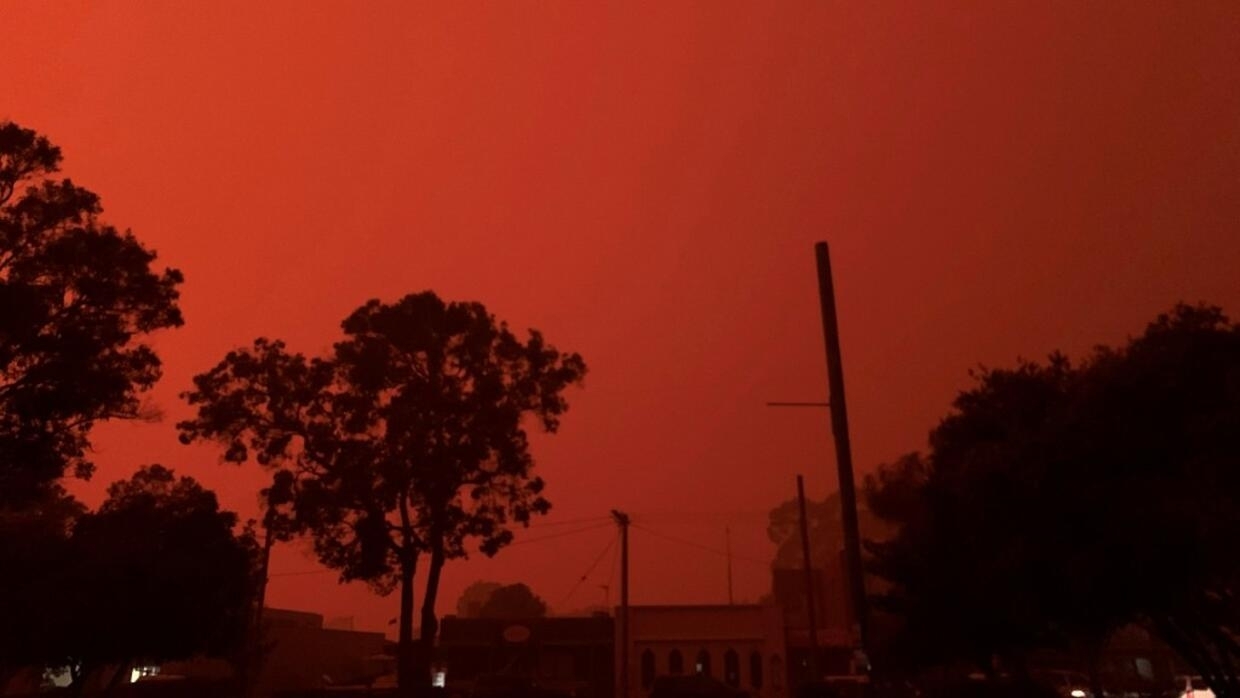 The Australian navy on Friday began the evacuations of some of the thousands of people stranded on the east coast of the fire-ravaged country as a searing weather front was set to whip up more blazes across the states of Victoria and New South Wales (NSW).

At the peak of the summer holiday period, tens of thousands of holidaymakers were urged to leave national parks and tourist areas on the NSW south coast and eastern areas of Victoria before a return of temperatures above 40C (104 F) and strong winds on Saturday.

Traffic out of Bateman’s Bay, a popular holiday spot on the NSW south coast, was less busy than on Wednesday and Thursday, with many people having heeded the directives to leave the area before the weekend.

Victoria declared a state of disaster for the first time, giving authorities broad powers to compel people to leave their properties and take control of services, similar to the state of emergency that has been declared in NSW.

Final opportunity to relocate from Cann River to Bairnsdale today via bus or convoy in your own vehicle. Meet at Cann River P-12 School at 2pm this afternoon (subject to conditions) Emergency services may not be able to assist you if you choose to stay. pic.twitter.com/0qtcUT1liT

Andrew Crisp, emergency management commissioner for Victoria, urged people in at-risk areas to leave their homes immediately and not count on luck to avoid disaster.

“This is your opportunity to get out. It is not just the fires we know. It is the new fires that might start today,” he told ABC News.

Another death from the fires in NSW was confirmed on Friday, taking the toll in the state this week to eight. Two people have died in Victoria’s fires, and 28 others are unaccounted for.

The navy’s HMAS Choules and Sycamore started the evacuations of nearly 1,000 of the 4,000 people stranded on a beach in the isolated town of Malla­coota in far-east Victoria, federal member of parliament Darren Chester tweeted on Friday morning.

With all roads blocked, sea transport and some airlifts are the only way out of the stricken town, and each round trip by sea could take a day or more.

Prime Minister Scott Morrison had called for calm on Thursday, before visiting the fire-devastated NSW town of Cobargo where he was not entirely welcome.

Video showed Morrison confronted by a group of angry locals, one of whom shouted he should be “ashamed of himself” and said he had “left the country to burn”.

NSW Transport Minister Andrew Constance, whose represents the local area and is from the same party as the Prime Minister, said he had not heard from Morrison and did not know he was visiting the area.

“To be honest the locals probably gave him the welcome he probably deserved,” he told Channel 7.

Morrison’s conservative government has long drawn criticism for not doing enough to address climate change as a cause of Australia’s savage drought and fires.

Bushfires so far this season have scorched more than 4 million hectares (10 million acres) of bushland and destroyed over 1,000 homes, including 381 homes destroyed on the south coast just this week.

Anthony Albanese, head of the opposition Labor Party, called for a national response to a national emergency. “We haven’t, in my lifetime, had people on beaches waiting to be evacuated in life jackets…like it’s a peacetime version of something that we have seen during wartime. This is not business as usual,” he said in a media conference.

Victoria Premier Daniel Andrews says the state of disaster was an extraordinary step for extraordinary circumstances. “If you can leave you must leave. Not just for your safety but for the safety of those who may be called to your aid,” he told ABC news.

Ten people have been killed by wildfires in the eastern states of NSW and Victoria since Monday, and 28 are still missing in Victoria.

NSW rural fire service says there are 127 fires burning in the state and warned of a fire front stretching 60 to 70 km (37-44 miles) on Saturday. Past Saturday, there were no other peak days of fire danger forecast for a while.

Police and emergency services again urged tourists on the state’s South Coast and in the Snowy Mountains to leave the area ahead of dangerous fire conditions. The deadline to leave Kosciuszko National Park was 10 a.m. Friday (2300 GMT Thursday).

Thousands of people had already been evacuated from the region of East Gippsland in Victoria, one of the largest in the country since the northern city of Darwin evacuated over 35,000 people in the aftermath of cyclone Tracy in 1974.

A contingent of 39 firefighters from North America landed in Melbourne this week, bringing to almost 100 the number of U.S. and Canadian experts who have flown in to help deal with the crisis.

New Zealand’s government said it would send another 22 firefighters next week. Since October, NZ has deployed 157 firefighters to Australia.

Morrison, forced to defend his government’s limited action on climate change, blamed a three-year drought and lack of hazard reduction for the unprecedented extent and duration of this year’s bushfires.

United Nations Secretary-General Antonio Guterres expressed sympathy for those who have suffered in Australia, U.N. spokesman Farhan Haq said on Thursday, adding that Guterres has warned that when it comes to tackling global warming, “right now the pace we’re on, we’re not winning that race.”