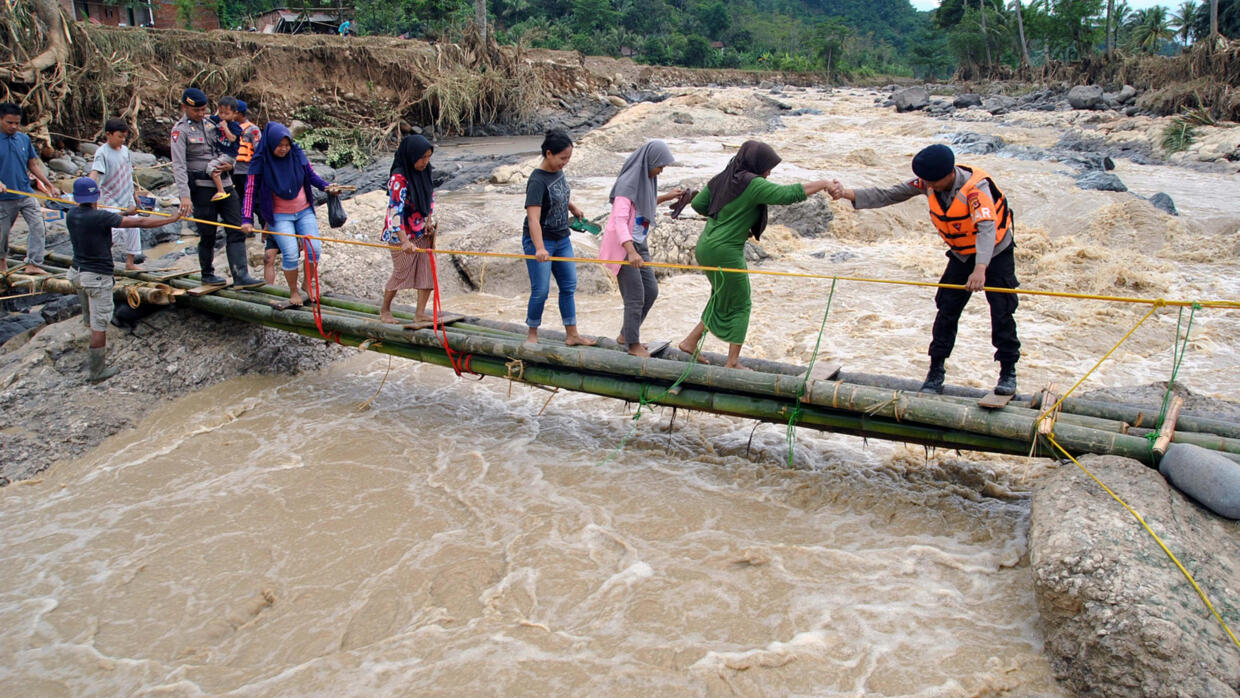 Landslides and floods triggered by torrential downpours have left at least 53 people dead in and around Indonesia’s capital, as rescuers struggled to search for people apparently buried under tons of mud, officials said Saturday.

Monsoon rains and rising rivers submerged a dozen districts in the greater Jakarta area and caused landslides that buried at least a dozen people.

Rescuers recovered more bodies as flash floods and mudslides destroyed Sukamulia village in Bogor district. They were searching for a villager who was missing in a landslide in Lebak, a district in neighboring Banten province, Wibowo said.

The number of fatalities was expected to increase, with rescuers and villagers also searching for at least three people believed to be buried in another landslide in Cigudeg village in Bogor district, said Ridwan, the village’s secretary, who goes by a single name.

Ridwan said bad weather, blackouts and mudslides were hampering rescue efforts. He said rescuers on Saturday managed to reach eight hamlets that had been isolated for days by cut-off roads and mudslides and rescued more than 1,700 villagers in weak condition.

Four days after the region of 30 million people was struck by flash floods, waters have receded in many middle-class districts, but conditions remained grim in narrow riverside alleys where the city’s poor live.

Government data showed that some 173,000 people were still unable to return home and were crammed at damp emergency shelters, mostly in the hardest-hit area of Bekasi. Much of the city was still submerged in muddy waters up to 2 meters (6.5 feet) high, according to the disaster agency.

Indonesia’s Meteorology, Climatology and Geophysics Agency said that more downpours were forecast for the capital in the coming days, and that the potential for extreme rainfall will continue until next month across the vast archipelago nation. The government on Friday started cloud seeding in an attempt to divert rain clouds from reaching greater Jakarta to prevent possible flooding, the agency said.

Indonesia is hit by deadly floods each year, and Jakarta, the capital of Southeast Asia’s largest economy, is not immune. But this year’s have been particulary bad, with about 397,000 people seeking refuge in shelters across the greater metropolitan area as floodwaters reached up to 6 meters (19 feet) in some places.