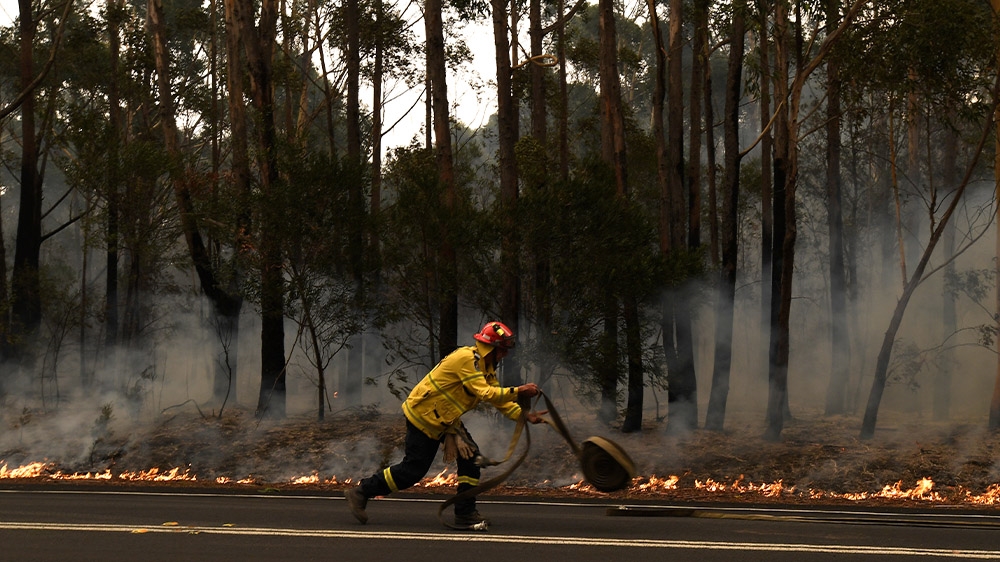 Australia on Monday used a respite on from fierce wildfires that have killed 24 people across the country’s southeast to reopen blocked roads and evacuate people who have been trapped for days.

A second day of light rain and cool winds brought some relief from the heatwave-fuelled blazes that tore through two states over the weekend, although the damp made it more challenging for fire crews to carry out the strategic burns necessary ahead of an expected rise in temperatures later in the week.

“There is no room for complacency,” New South Wales state Premier Gladys Berejiklian told reporters on Monday morning. Two people remained missing as around 130 fires continued to burn in the state, with almost 70 uncontained.

Authorities stepped up efforts on Monday to provide supplies and repatriate thousands of people who have been trapped by fires in coastal towns for several days.

“This morning it is all about recovery, making sure people who have been displaced have somewhere safe (to go) and it is making sure we have resources to build up the presence on the ground to clean up the roads, clean up where the rubble exists,” Berejiklian said.

Dean Linton, a resident of Jindabyne in the Snowy Mountains, used the break from an immediate threat to his town to visit his wife and four children who had evacuated to Sydney. He also used the 870 kilometre round trip to pick up a fire-fighting pump and generator to help him protect the family home.

“There’s a lot of fuel in that national park; it would only take one lightning strike,” Linton told Reuters.

The bushfire season started earlier than normal this year following a three-year drought that has left much of the country’s bushland tinder-dry and vulnerable to fires. More than 5 million hectares (12 million acres) of land have been destroyed.

Canberra, the country’s capital, had the worst air quality of any major city in the world on Monday morning as a result of the fires. The Department of Home Affairs, which is responsible for coordinating the country’s response to disasters, told all non-critical staff to stay at home because of the pollution.