Thousands of Liberians are marching in the seaside capital Monrovia to protest against the deepening economic crisis under President George Weah.

The government had assured the protesters of security. Dozens of riot police were deployed in the capital although the scene remained calm. Roads were deserted and many civil servants stayed away from work.

The demonstrators want the president to sack his entire economic management team, said protest organiser and head of the group called the Council of Patriots, Henry Costa.

“They have performed dismally and created the worsening economic situation we are in,” Costa told The Associated Press.

This is the second mass demonstration against the president’s handling of the economy in less than a year.

“We presented a petition containing demands to the president to address the issue of corruption … bad governance, violation of the constitution – and the president refused to act on any of our demands,” Costa told Al Jazeera.

The Liberian economy has declined dramatically during Weah’s two years in power.

Banks have been unable to pay depositors, salaries have been delayed and the prices of basic commodities skyrocketing.

“I will be at the front of that protest. If I am unable to walk, I’ll carry a stick,” Genevieve Badio, a protester, told Al Jazeera.

Bolu Pewe, a vegetable trader in Monrovia, said: “No one is buying. There is no money. Look at my children sitting here in the sun. They are supposed to be going to school. But there is no money to pay their fees.”

However, some Liberians believe protests are not the best way to address the challenges. 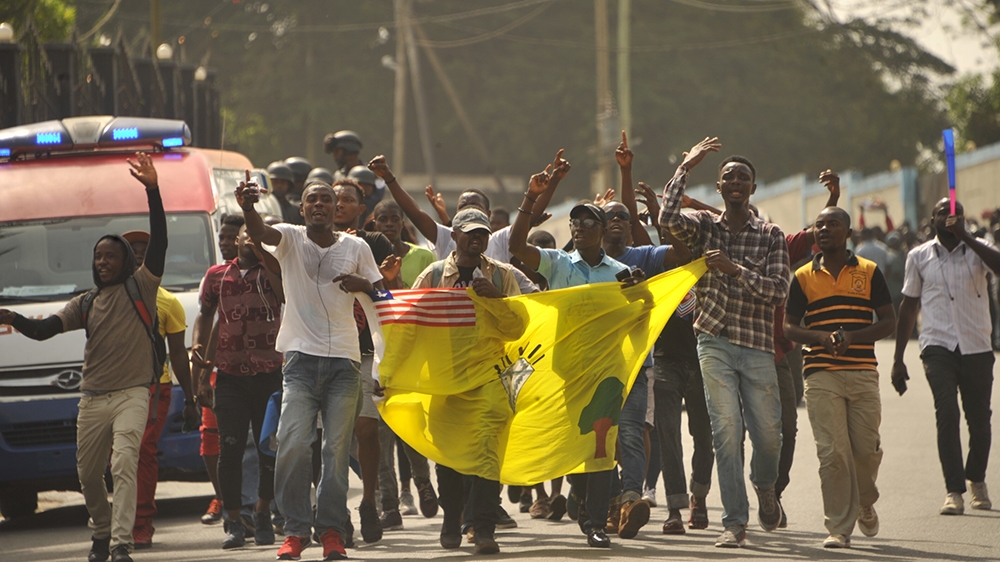 The protest was initially dubbed a “Weah Step Down Campaign” with organisers mobilising people to turn out and call on the former football star to leave office.

But many criticised the move as undemocratic, and simply want him to account for finances.

In June, protesters urged Weah to account for $25m his government withdrew from the country’s federal reserve account in New York in 2018 for infusion into the economy. A presidential task force set up to investigate the funds later uncovered discrepancies and misallocations.

Weah, who was voted into office in 2017, has been criticised for building personal properties, including close to 50 apartment buildings, immediately after taking office.

He is also criticised for travelling in a private jet with huge delegations. But the president’s supporters have often rejected these claims, saying Weah came to the job with his own money and his trips have brought back some benefits.

“The issue is that since the president has won the elections, the political elite has not really accepted him as president,” Minister of Information Lenn Eugene Nagbe told Al Jazeera.

“So they have been using all sorts of devious means to undermine his authority and to delegitimise his election,” he added.