Sydney, Australia – With more than 7,000 men, women and children in migrant detention centres across Australia, the country has earned notoriety for its tough border protection policies, which have been condemned for breaching international human rights.

Behind the barricades are refugees and migrants, who have fled from across the world in the hope of building a new home in Australia.

For many, however, Australia’s detention centres have become their unlikely home, with their dreams of freedom shattered by what they say is a never-ending wait to be released.

Here are two of their stories from detention.

Said Imasi arrives at Melbourne International Airport from Norway. He is escorted by police out of the terminal and taken to a hotel room for interrogation.

The 21-year-old is suspected of having a stolen Norwegian passport. Three days later, officers confirm the document is fake, and Said is taken immediately to a detention centre.

Dubbed a stateless man, Said’s case is rare. He does not know where he was born and has had more than eight different names.

At the age of six, a non-government organisation found Said abandoned in the Western Sahara.

The charity packed him up and sent him to an orphanage on the Spanish island of Las Palmas. 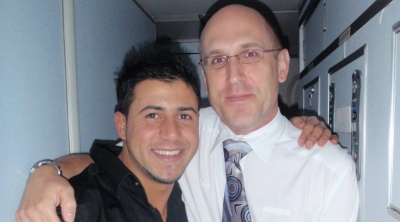 At the age of six, Said Imasi [left] was found abandoned in West Sahara by a non-government organisation, and his birthplace remains unknown. In this photo, he is seen with his teacher, while living in Norway [Courtesy Said Imasi]

From there he was shifted from orphanage to orphanage across Europe until, at the age of ten, Said escaped an abusive foster family in Belgium.

After fleeing, he spent weeks on the streets, train hopping from country to country.

“The first time I’ve ever experienced love was in Holland.” Still a child, a drug gang adopted Said as one of their own.

“They fed me and clothed me. They even bought me shoes. I’d never had sneakers before that.”

Said unknowingly became an international drug mule and was sent on cross-border missions to make deliveries.

“I never asked what it was, I would just listen and do what they told me.”

In 2004, Said was caught and arrested in Norway. While in a juvenile jail, he was sent to a care family by child protection services.

For the first time in his life he was enrolled in school, developed a passion for sport, joined a running team and turned his back on crime.

“I was happy with my life until the gang started to contact me again, threatening me to come back or they would hurt me I had to run away.”

Bound for New Zealand, Said borrowed a passport from a friend and left Norway on the 27th of January in 2010.

The now 30-year-old Said Imasi stands before all seven judges of the High Court of Australia. His lawyers are attempting to overturn legislation, which allows the indefinite detention of those who have no trace of their past.

Surrounded by the friends he has made among the community groups visiting the detention centre, Said buries his face in his hands as the Chief Justice rejects the case.

Whether he will ever be released is unclear. His future is in limbo and he remains in Villawood. 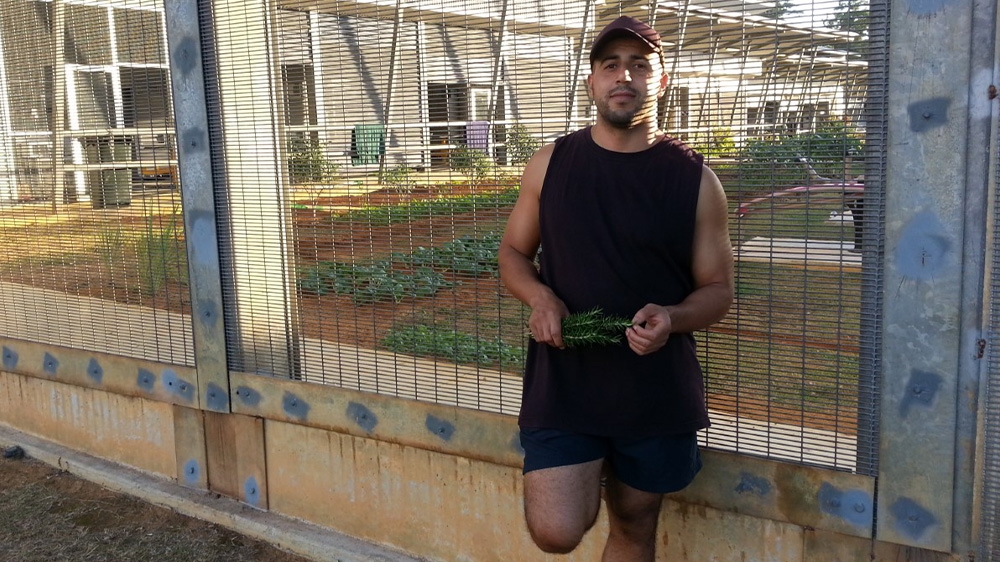 Ghader leads a protest in the streets against the oppression of his minority group. He is an Ahvazi from Iran; an Arab people who mostly live in the country’s resource rich south west, on the border with Iraq.

His speech against the government lands him on a hit list.

“If I stayed I would’ve been killed straight away, that’s what happened to so many like me. If I ever go back I will be killed straight away and so will my family, because they lied to protect me when I left. They have even made a death certificate for me already.”

A total of 88 men, women and children reach the shores of Christmas Island, having travelled from Indonesia squashed onto a rusted and rickety boat. Ghader is among them.

“I was excited, I thought Australia was a free country,” Ghader told Al Jazeera.

But Ghader languished in detention for two years while his refugee status was being processed, before he was granted a bridging visa. 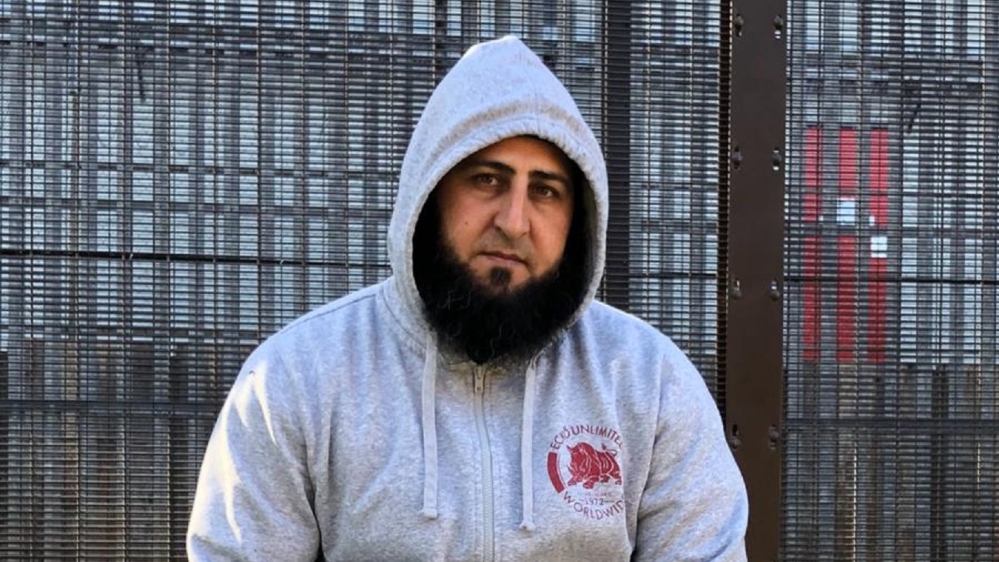 Although the visa did not allow him to work, study, earn an income or access public health services it did allow him the freedom to meet a partner, marry and start a family.

In Australia’s second city of Melbourne, he met his wife.

“We had a good life, we were very happy.”

Ghader was eight-months shy of becoming a father when he was called by an immigration official and told his visa was being cancelled, because he did not meet the requirements of refugee status.

He was sent back to detention.

Ghader holds his newborn baby Aisha tightly in his arms.

“I asked them to take me to hospital so I could be there for her birth, but they didn’t. They said they refused for security reasons.”

A few days later, guards barge into Ghader’s cell, demanding he pack his things. Cuffed and shoved into the back of a van, he kept quiet, peering through the windows, trying to make out what was going on.

He learns he is being flown back to Christmas Island.

“I begged them not to take me because my daughter was in Melbourne, and there’s no way for me see to her on Christmas Island.”

After several failed court cases, Ghader receives a letter of ultimatum from the then Immigration Minister Peter Dutton. He is given two options: go back to Iran or remain in indefinite detention in Australia.

“This is what started to create problems between me and my wife. She lost hope, she didn’t know if she would ever see me again.” 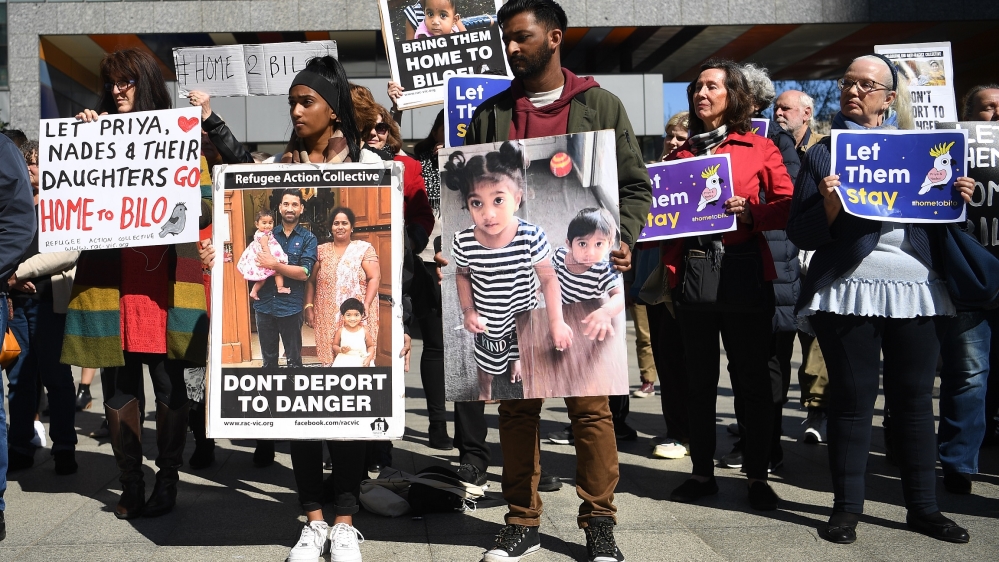 Demonstrators rally in Melbourne in support of a Tamil family, who were sent to the remote Australian territory of Christmas Island. There are more than 7,000 men, women and children in migrant detention centres across the country [File: Julian Smith/EPA]

“I asked them many times to send me to Melbourne so I could be close to my daughter, but they sent me to Villawood instead.”

Ghader has been detained in the Sydney facility for almost two years and is currently being held in the maximum security Blaxland wing, in the company of hardened prisoners. Ghader is the only inmate in the compound with no criminal record.

“They treat me like I am a criminal. They judge me because I have a beard and I pray. When I first arrived, I didn’t eat for almost a month because every day they would serve me pork. I told them every day, I don’t eat pork because of my religion, but they still did it.”

Al Jazeera contacted the Minister of Home Affairs to ask about Ghader’s allegations and why such stringent laws are in place. A statement from the ministry said that each case is assessed differently, while refusing to comment on the specific cases Al Jazeera investigated.

The last time Ghader saw his daughter was almost five years ago, when Aisha was just a couple of months old. He has never heard her speak or watched her walk, and won’t be there to hold Aisha’s hand on her first day of school next year.

Year 2020 will mark a decade in detention for both Said and Ghader. After several failed attempts to seek refuge in Australia, now all they want is freedom, wherever it may find them.

“I wish they would send me to another country, any country, but they said no. They only want to send me to Iran but if I go, I know I will be hanged. My message to human rights activists is if you really exist, act immediately,” Ghader said.