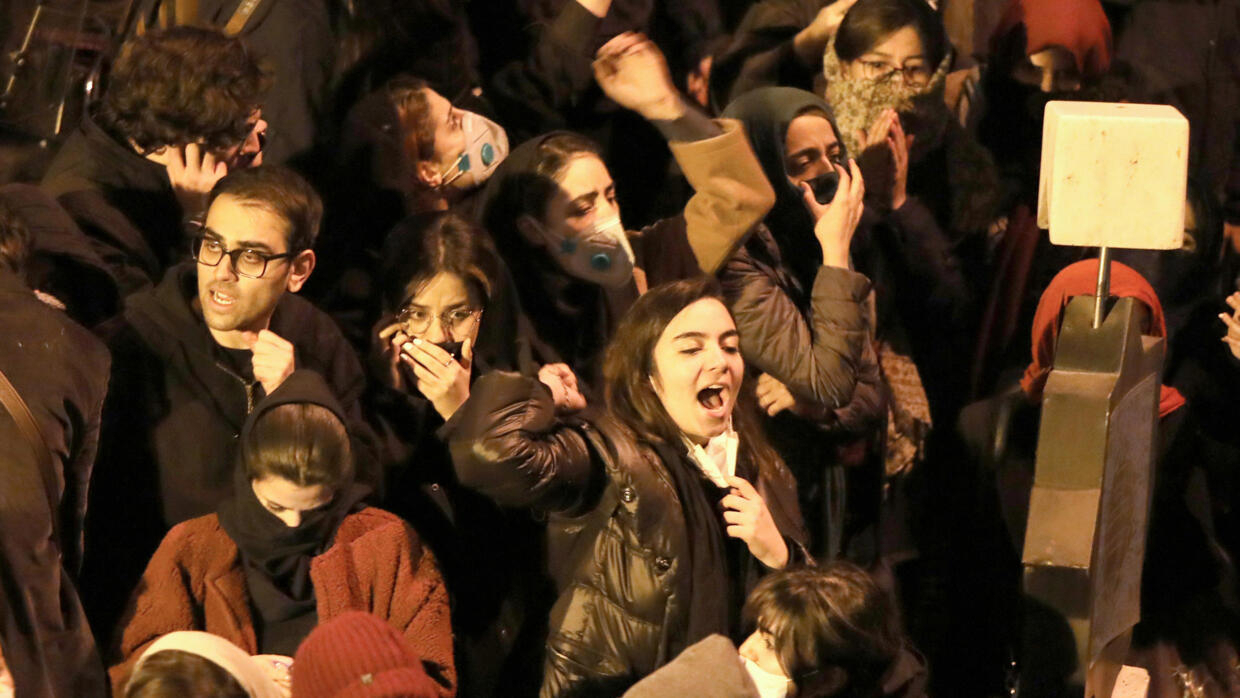 Iranian police dispersed students chanting “radical” slogans during a Saturday gathering in Tehran to honour the 176 people killed when an airliner was mistakenly shot down, Fars news agency reported.

AFP correspondents said hundreds of students had gathered early in the evening at Amir Kabir University, in downtown Tehran, to pay respects to those killed in the air disaster.

The tribute later turned into an angry demonstration.

The students chanted slogans denouncing “liars” and demanded the resignation and prosecution of those responsible for downing the plane and allegedly covering up the accidental action.

Fars, which is close to conservatives, said the protesting students chanted “destructive” and “radical” slogans.

The news agency said some of the students tore down posters of Qassem Soleimani, the Iranian general killed on January 3 in a US drone strike on Baghdad.

Fars published pictures of demonstrators gathered around a ring of candles during the tribute and a picture of a torn poster bearing the image of a smiling Soleimani.

It said that police “dispersed” them as they left the university and blocked streets, causing a traffic jam.

Britain has accused Iran of violating international law after its ambassador to Iran was arrested and briefly detained during the protests.

Iranian media said ambassador Rob Macaire was arrested outside a university and detained for more than an hour before being released.

UK Foreign Secretary Dominic Raab said “the arrest of our ambassador in Tehran without grounds or explanation is a flagrant violation of international law.”

“The Iranian government is at a crossroads moment,” he said. “It can continue its march towards pariah status with all the political and economic isolation that entails, or take steps to de-escalate tensions and engage in a diplomatic path forwards.”

Iran’s Tasnim News Agency, which is also close to the country’s conservatives, said the envoy had been “provoking radical acts” among students. He was released a few hours later and would be summoned again by Iranian officials on Sunday, it said.

US President Donald Trump said Saturday the United States was monitoring Iranian demonstrations closely, warning against any new “massacre” as protests broke out after Tehran admitted to shooting down a passenger plane.

Trump told Iranians – in tweets in both English and Farsi – that he stands by them and is monitoring the demonstrations.

“To the brave, long-suffering people of Iran: I’ve stood with you since the beginning of my Presidency, and my Administration will continue to stand with you,” he tweeted.

“There can not be another massacre of peaceful protesters, nor an internet shutdown. The world is watching,” he added, apparently referring to an Iranian crackdown on street protests that broke out in November.

“We are following your protests closely, and are inspired by your courage,” he said.

Iran said on Saturday that the Ukraine International Airlines Boeing 737 was “unintentionally” shot down on Wednesday shortly after taking off from Tehran’s main airport.

All 176 people on board died, mostly Iranians and Canadians, many of whom were students.

Iran’s acknowledgement on Saturday that the plane had been shot down in error came after officials had for days categorically denied Western claims that it had been struck by a missile.

But Brigadier General Amirali Hajizadeh said the missile operator acted independently, shooting down the Boeing 737 after mistaking it for a “cruise missile”.