Deepening fractures in the relationship between the United States and Iran pose economic headaches for China, but strategic opportunities for North Korea, experts say – one of many reverberations from the weeklong crisis.

Washington’s assassination of Iranian military commander Qassem Soleimani, a move that triggered Iranian missile attacks on the bases of US forces in Iraq, has raised risks of instability in the Middle East, which is worrisome for China – the biggest buyer of oil from the Gulf region.

Its top sources are Saudi Arabia and Iraq, which has been exporting 100,000 barrels of crude oil a day to China since October as part of an infrastructure deal.

Beijing is also the biggest buyer of Iran’s crude, although imports have fallen since waivers from US sanctions expired last year. In November, the Communist state bought 547,758 metric tonnes (539,106 tons) of crude from Iran, well below April’s 3.04 million tonnes, according to Chinese customs data.

For Pyongyang, the issue is more political. It may see Washington’s assassination of Qassem Soleimani, Iran’s military commander, as a sign that the US is pursuing regime change and resume its nuclear programme to protect itself, strategists said. 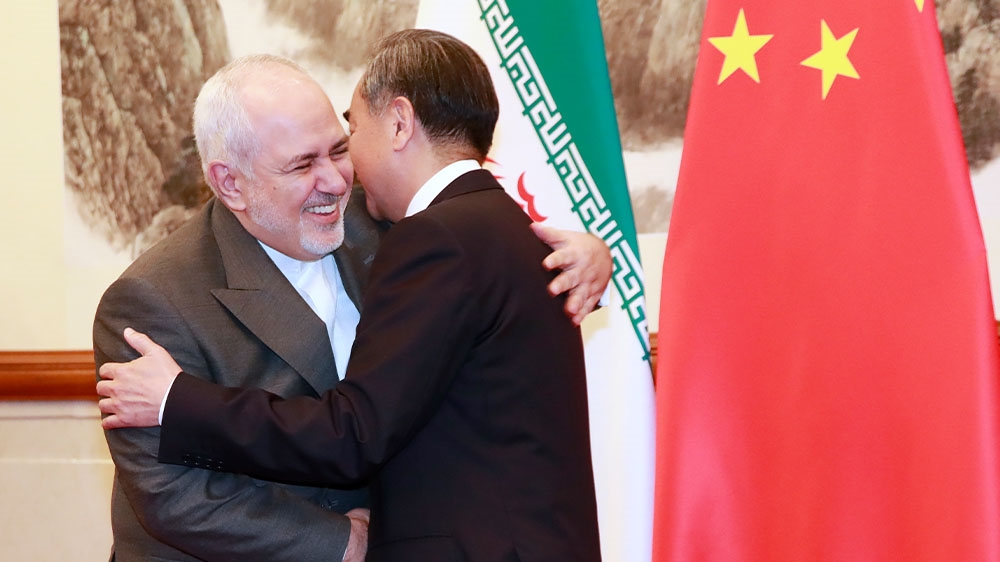 In an English-language editorial on Wednesday, the Chinese state-owned tabloid Global Times lashed out against Trump’s administration, accusing it of using the Iran crisis to hurt China’s economy.

“Its aim is to thwart China’s development by implicating China or even dragging China into military clash,” the paper said.

“The US-Iran conflict fits into this tactic because China has big and growing reliance on energy from Iran and other Mideast countries, which makes it vulnerable to regional strife and turbulence.”

Chinese President Xi Jinping’s administration, which held naval war exercises with Iran and Russia in the Gulf of Oman last month, has sternly criticised the US for Soleimani’s death but there is not much else it can do, according to analysts.

“China is keen to avoid further strain in its relations with the US, as ensuring regional stability and ending trade war are currently its top foreign policy priorities,” said Kaho Yu, senior Asia analyst at consulting firm Verisk Maplecroft in Singapore.

Since 2018, the world’s two largest economies have been locked in a trade war that is squeezing Chinese industries. The country recorded growth of 6 percent in the last three months of 2019, a low not seen since 1992, amid slumping exports and manufacturing.

Beijing may not have the staying power to continue fighting a trade war, said Tony Nash, founder of artificial intelligence firm Complete Intelligence and a long-term China watcher.

The Iran factor could also diminish Beijing’s leverage during its trade negotiations with Washington.

“Trump will likely use Chinese companies’ business with Iran as a bargaining chip in trade negotiations,” said Yu. Washington “is aware that China did not comply with US sanctions on Iranian crude oil exports and continues to be Iran’s key military supplier,” he continued.

In September, the White House slapped sanctions on various Chinese people and companies, including two COSCO Shipping Corporation units, for “knowingly engaging” in the transport of Iranian crude in breach of US sanctions on the Islamic Republic.

Telecommunications giant Huawei, deemed a national security risk by the US, has also come under fire over alleged sanctions violations.

Its chief financial officer Meng Wanzhou is currently battling extradition to the US on charges of fraud and misleading HSBC Holdings over Huawei’s business in Iran. 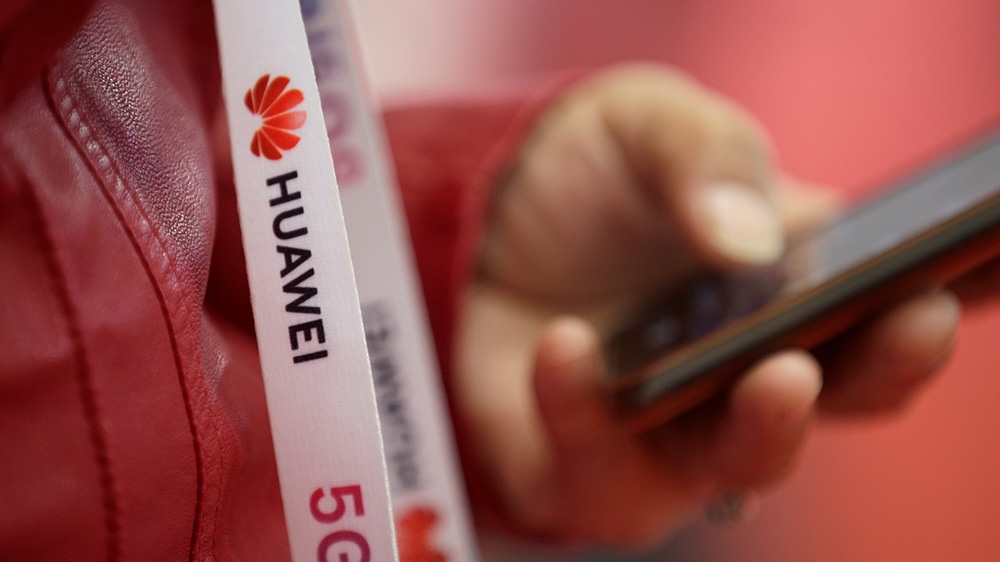 The US has accused Huawei and other Chinese companies of breaching sanctions on Iran [File: Jason Lee/Reuters]

But as Trump looks to convince other countries of broader security risks tied to Chinese firms, he may not succeed.

The international community could see Soleimani’s killing as an example of US recklessness, which could further erode the Trump administration’s credibility, said Nick Marro, global trade lead at The Economist Intelligence Unit.

“That will inevitably bleed into other security issues where the US is trying to make its voice heard,” Marro warned, adding that “a destabilising foreign policy won’t win critics over to [Washington’s] camp.”

Trump’s actions towards Tehran tend to spark worry about Pyongyang and this time is no different, according to strategists.

When the US leader withdrew his country from the Iran nuclear accord in 2018, concerns grew that North Korea would walk away from diplomacy.

The country’s leader Kim Jong Un warned of a “new strategic weapon” in late December, after carrying out of a series of missile tests in the wake of a collapsed summit with Trump in February. Some worry Soleimani’s death will further encourage Kim.

“The US taking out a top Iranian leader may cause Pyongyang to rethink the scale of its next provocation,” Leif-Eric Easley, associate professor of international studies at Seoul’s Ewha University wrote in a Tuesday note published on The Lowy Institute, an Australian think tank.

“Pyongyang may now point to Iran’s case to justify resisting denuclearisation and enhancing its self-avowed strategic deterrent for regime survival,” he continued. 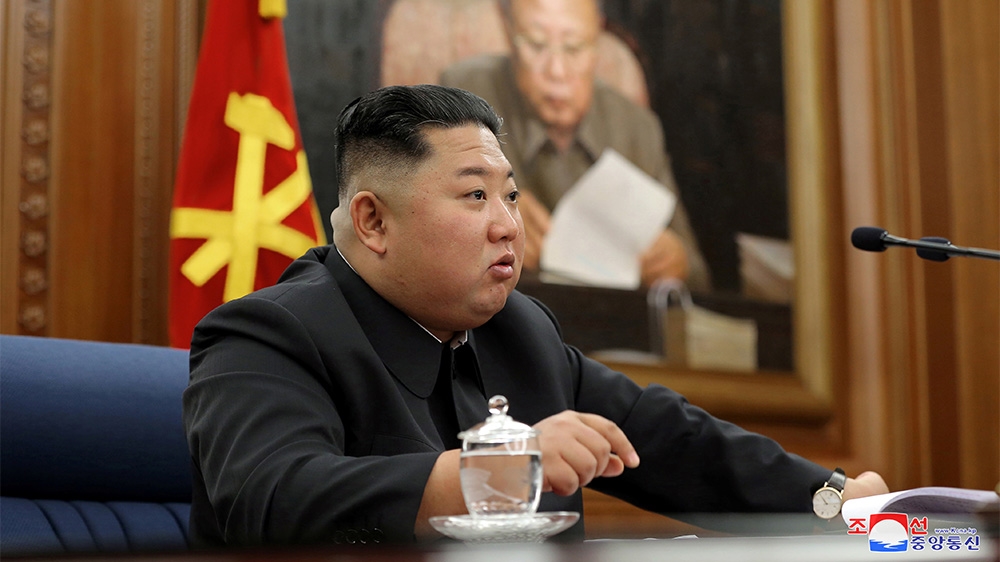 Kim, on the last day of 2019, said there was no basis for his nation to continue its moratorium on tests of nuclear weapons and intercontinental ballistic missiles, according to North Korea’s official KCNA news agency. Kim attributed his decision to Washington’s “gangster-like demands” and “hostile” policies that included joint military drills with South Korea and sanctions.

In response, Trump told reporters on Sunday that it was unclear whether Kim would renege on his promise of denuclearisation. “I don’t think he’d break his word to me, but maybe he will,” Trump was quoted as saying.

Given the riskiness of US foreign policy actions, other countries may be unwilling to continue cooperating with Washington, he warned: “With the current escalation in Iran-US ties, other countries with an interest in seeing a nuclear-free North Korea may be less willing to trust the US’ good faith.”

“This is particularly true as China and Russia continue to set themselves up as an alternative force for North Korean denuclearisation in contrast to the US-led campaign of sanctions,” Rinna said.