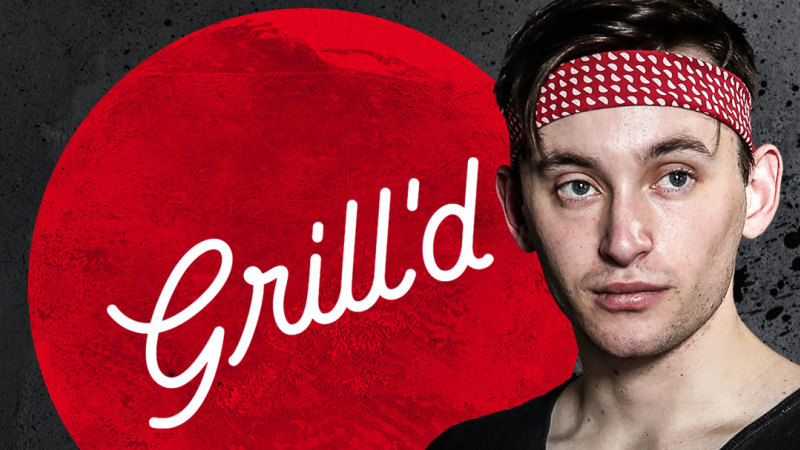 “We have been the subject of a media story that suggests we have worked against the best interests of our restaurant teams and wrongly the article fosters an agenda of poor food safety practices and processes across Grill’d restaurants.”

It was the opening salvo of a presentation sent to Grill’d restaurant managers in response to an investigation by The Age and The Sydney Morning Herald  into allegations of worker exploitation and food safety issues at its restaurants across the country, as well as claims it has treated some franchisees brutally.

The investigation also revealed that co-founder Simon Crowe admitted to forging his business partner’s signature on two separate occasions between 2011 and 2012 as part of an application for liquor licences in Perth.

After a series of meetings of franchisees and restaurant managers over the past few days, it seems Grill’d is doubling down. No apologies, no changes to its wages model, trainee program or its mistreatment of franchisee Elton Berrange.

In the presentation, the company said the stories were filled with “untruths” and “any suggestion that we at Grill’d have fallen short of our values at any time in our history is one that we take very seriously”.

The presentation said it wanted to reinforce that Grill’d is a “force for good” and recommended staff thank customers for any interest in the stories if questioned and then “move to helping guests with their order or burger”.

Since the media investigation, hundreds of emails, phone calls, leaked documents and photos have been sent from current and former workers.

It insisted on “shift huddles” with team members to be run each day before lunch and dinner until notified to stop. At each “huddle” messages about the company would be reinforced.

The shift huddles may be happening but since the media investigation broke, hundreds of emails, phone calls, leaked documents and photos have been sent from current and former workers and executives from head office.

Some of the photos included a dead mouse with its tail hanging out of an air vent for a number of days despite the restaurant’s manager being informed about it by team members. Others include dishes not cleaned properly and some that were left uncleaned over the weekend. While at least some of those photos pre-date this masthead’s investigation, they further demonstrate the extent of the problems the company faces.

There are also other issues. For instance, in mid-November a Grill’d restaurant in Victoria received complaints from two customers about plastic found in their barbecue brisket. It triggered a site visit from head office that uncovered a series of issues including evidence of pre-filling some food safety records. This involves filling in aspects of the food safety diary before the action has occurred or the food item has been observed.

Food safety records need to be completed in real-time for obvious reasons.

There was also evidence of sauces in the preparation fridge not matching the sauces documented in the records, which makes it hard to track down a batch of food if a recall is required. There is no evidence that a recall has occurred that would give rise to this problem but it remains a risk. It was also noted that certain batch records and temperatures were missing. It was noted that “pre-filling records is an example of falsification as we are documenting an action that has not occurred yet”.

When Grill’d was asked if pre-filling these records amounted to a falsification of records, Grill’d replied in a statement that “no records were falsified; our own systems detected where a new employee was applying processes from their previous employer. That process involved pre-filling dates and times but not pre-filling actual food records.” It said it had since provided training and coaching for the individual and team.

The issue of food safety goes to the heart of any restaurant. That there have been issues of food safety and potential compliance breaches in some restaurants raises questions about the standard of training of staff. Given that, according to a company statement, many Grill’d staff are “encouraged” to do a traineeship, a certificate III in hospitality, the question then arises where the company is going wrong. Is it lack of time to do the course? Staff not given enough time to complete their shifts? Or something else?

Part of these courses are subsidised by taxpayers through government grants. They enable Grill’d to offer trainees lower hourly pay under its enterprise agreement, which bolsters the bottom line of each restaurant.

On Tuesday afternoon, a number of workers protested outside one of the company’s Melbourne restaurants ahead of the renewal of an enterprise agreement which is set to take place at the end of the year. They are hoping the company will do more than “team huddles”.

Adele Ferguson is a Gold Walkley Award winning investigative journalist. She reports and comments on companies, markets and the economy.