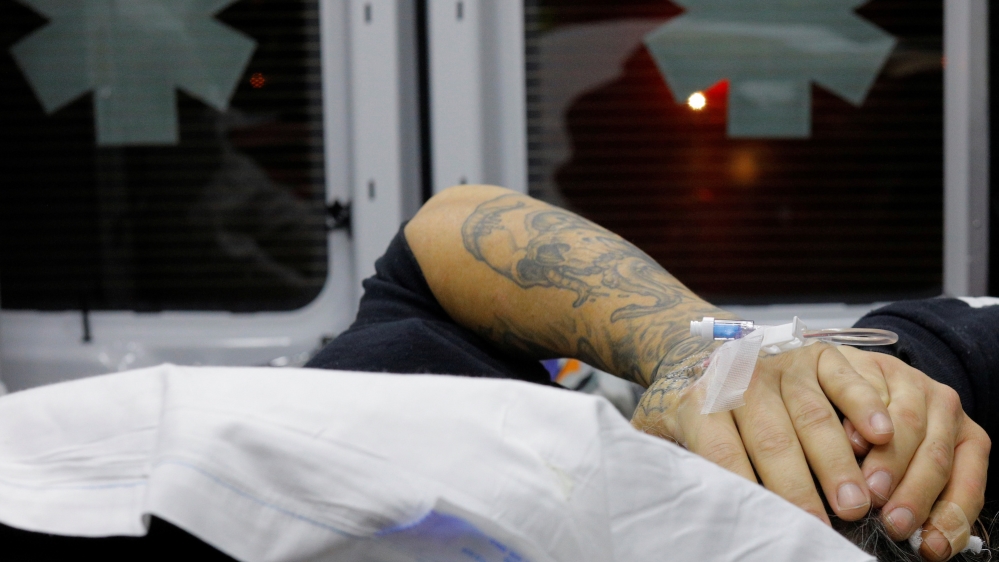 There’s no foreign invasion. No war within its borders. No one to blame but ourselves. How then, is America killing Americans?

Most reports point to three things: drugs and alcohol, guns, and despair.

There is also fat. Statistically, it is more important, but oddly, it is not often included in discussions about the decline in life expectancy.

This last decline is from 78.7 years of life to 78.6. That does not sound terribly frightening. One-tenth of a year. One month and one week less to live. However, it has gone down for three years in a row, which has not happened in more than 100 years. The last time life expectancy went down was during World War I, when apart from deaths at the front, the US suffered an influenza epidemic that killed 675,000 people.

Is it just the US?

Over the last quarter of a century, the lifespans in all of those countries have gone up. People are living four to five years longer, except in the US, where it has only increased by 3.7 years. Actually, the US fell into last place in life expectancy in 2001 and the gap has been growing since. The Germans, the next lowest on the list, get to live almost two years longer than the Americans. The Japanese make it to 84 – or almost six more years.

Guns killed nearly 40,000 Americans in 2017, according to official statistics, which only counts cases if guns were “the principal cause” of death but not if they only “contributed” to it; that is 4.43 deaths per 100,000. By contrast, the death rate from gun violence in Japan and the United Kingdom is 0.04 and 0.06 respectively.

About two-thirds of all gun deaths in the US are suicides. This tells us there is plenty of despair. It has gone up by 33 percent in the last two decades while the global suicide rate has declined by 30 percent in roughly the same period.

Then there is fat.

The US is one of the most obese nations in the world, second only to island nations and Kuwait. It is listed as having an obesity rate of 36.2 percent. Most of the Western European countries have a rate of 20 to 25 percent.

Obesity is a relatively new problem and studies of it are even newer. The statistics are rapidly changing and becoming more dire. It started with saying that only severe obesity mattered and that it could shorten a lifespan by about 10 years. Moderate obesity was supposed to be OK, probably, but newer studies have said that it can take up to three years on average from someone’s life.

Do these four elements have anything in common?

Yes. Free market theology is at the root of it all.

America has a profit-driven health care system. Not only is it more expensive than any other system in the world, but it creates special inefficiencies and distortions. Its goal is always to sell an item, usually a drug or a service. How, then, can it address the obvious causes of the obesity epidemic – bad diet, lack of exercise, and a sedentary lifestyle? For the most part, it cannot and it does not.

The more insidious contributor to the American wideness and wallow is the food industry which uses excessive levels of sugar, fat and salt to ensure food is addictive.

The pharmaceutical industry also plays a major role in this. Its protected status allows it to spread addiction to various medications, causing more damage than the Mafia, the Colombian cartels and the Mexicans that Donald Trump accuses of bringing drugs over the border, combined.

Meanwhile, money from the gun industry and the NRA – a profit-seeking enterprise – keep Americans shooting themselves and each other.

Maps of suicide and addiction rates are maps of despair. They largely match the disappearance of American manufacturing. We can date that decline to President Ronald Reagan’s economic policies of the 1980s. They gutted the industrial midlands, destroyed the unions, leaving the traditional working-class poor and powerless. A certain portion of them turned to alcoholism, addiction and suicide.

There are other things that the American health care system cannot address, and that free market theology considers non-existent: self-esteem, supportive communities, positive expectation for the future, especially for children, which clearly affect healthy lifestyles and life expectancy.

Free market theology insists that what we pay for things is the best and only true measure of their value. The higher inequality rises, the more we have the feeling that this must be true.

Teaching was once a highly regarded, even revered profession. Teachers were doing a public service. They had college and advanced degrees. But now their pay has become closer to the poverty line than to the middle class. How valuable can they be?

As the 1 percent continue to amass wealth, we are getting to the point where they are literally sucking the life out of the 99 percent.

That is how America kills Americans.

The views expressed in this article are the author’s own and do not necessarily reflect Al Jazeera’s editorial stance.