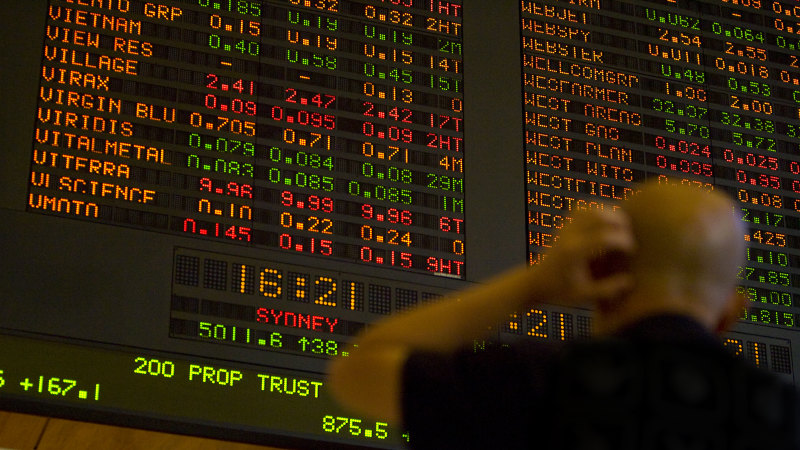 After a 12 per cent slide over the past 14 sessions, analysts at Citi believe the sell-off in Sigma Pharmaceutical shares has probably run its course.

Analyst Mathieu Chevrier has upgraded the stock to neutral with a price target of $0.65, almost identical to the $0.66 level it closed on Friday.

Friday saw SIG downgrade FY20 EBITDA guidance to $46-47 million due to investment for the new Chemist Warehouse contract that started on December 1. Mr Chevirier expects investors will look through the downgrade and focus on FY21 ahead of the company’s FY20 result on in March next year.

Adding to evidence that recent income tax rebates and interest rate cuts from the Reserve Bank of Australia have done little to support economic growth, activity levels at Australian services and manufacturing firms continued to weaken in December.
The Commonwealth Bank-IHS Markit flash Australia composite purchasing managers index (PMI) slipped to 49.4 in December, weaker than the 49.7 reading reported in the prior month.
A reading below 50 signals activity slowed during the month. The distance away from 50 indicates how fast the decline was.
“The PMI readings indicate that the Australian economy ended 2019 on a softish note,” said Commonwealth Bank chief economist Michael Blythe. The RBA’s ‘gentle turning point’ for the economy remains elusive.”
Mr Blythe said severe disruptions caused by bushfires near Sydney basin may have contributed to the weak December activity update.
Output levels declined for manufactures and services firms resulting in staffing levels being cut for the first time in five months.
“Outstanding business rose marginally, but companies responded to lower output requirements by reducing their workforce numbers at the end of the year,” IHS Markit said.
Official employment data from the ABS for November will be released on Thursday this week. In October, employment declined by 19,000 workers.
Despite the soft end to 2019, new orders placed at firms grew for a ninth consecutive month, hinting that activity levels may begin to improve early in the New Year.
IHS Markit said the improvement was entirely driven by increased demand at services firms.
“The overall rise in new orders was centred on the service sector, as manufacturing new work volumes contracted amid reports of fragile customer demand,” it said.
Overall activity levels at manufacturers declined at the fastest pace since May 2016.

Another buy now pay later fintech has emerged from the tumultuous IPO season ready to list on the ASX at noon.  Openpay targets Gen X shoppers who need to spread out their payments for big ticket items like cars and dentist bills. It completed a $50 million IPO raise this month at an offer price of $1.60 and will have a market cap of $150 million.
That is compared to Afterpay’s $8 billion market cap. Despite the difference in size, Openpay chief executive Michael Eidel has told The Age and Sydney Morning Herald he believes his company is chasing a very different proposition to others in the market.
“Our focus is on what we call ‘savvy, grown up’ shoppers,” he said.

Northern Star Resources has requested a trading halt pending an announcement about a potential significant transaction. The gold miner is asking for the halt to stay in place until Wednesday morning.

Northern Star recently completed its acquisition of Echo Resources and at its annual general meeting told shareholders to expect its mines to produce between 800,000 ounces and 900,000 ounces of gold in the 2019-20 year.

Shares closed at $9.65 on Friday, which is about where they were at the start of 2019. However, shares did peak up near $14 in the middle of the year.

The foundations are set for a Santa Claus rally into the end of the year now. This week was loaded with event risk, and really, with the way things have fallen, the market’s bulls probably couldn’t have asked for a better outcome. Today, things were all about the UK General Election, and the US-China trade-war. Both events have delivered very good news: exit polls and the early counting suggest the UK Conservative Party will secure a significant majority in Parliament; and it’s been reported that US President Donald Trump has signed off on a trade-deal between the US and China. The combination of these stories, as well as some market friendly outcomes out of yesterday’s ECB and Fed meetings, has elicited that just right feeling amongst traders. Two major geopolitical risks look to be progressing towards a resolution, with little risk that financial conditions will be anything less than accommodative going forward.

A pretty good picture is emerging of the results of the UK General Election now. Exit polls this morning are pointing to an 86 seat Conservative Party majority – a result that would deliver the Tories power in their own right.  The Pound has absolutely blitzed it today off the back of the news, rallying by as much as 2 and a half per cent, to play with the 1.35 handle, and trade at its strongest since June 2018.

The strengthening Australian Dollar this week has proven a headwind to the ASX200 this week. Adjusted to US Dollars, the index is trading 2 per cent higher this week. It’s been a strong day’s trade for the local market today. The financial sector has carried the load, adding 30 basis points to the index, buoyed by a considerable jump in Australian sovereign bond yields, and a steepening of the yield curve.

Your editors today are Lucy Battersby and David Scutt.