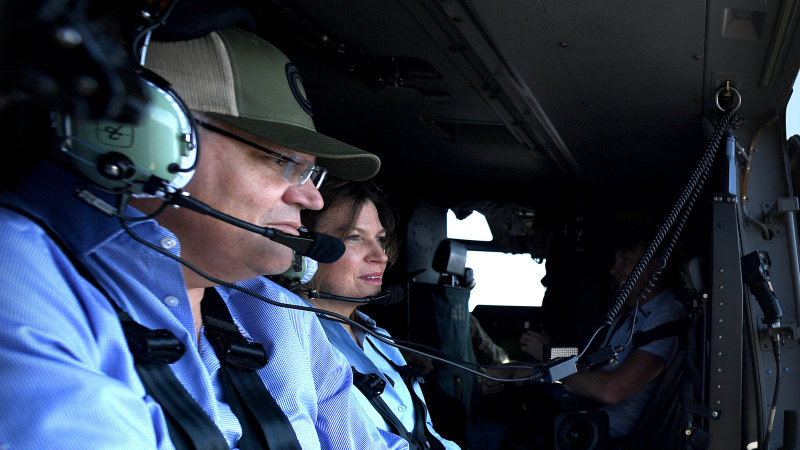 This is the summer from hell. I can’t imagine anyone is enjoying their break – not with the quadruple whammy of drought, heatwaves, bushfires and smoke haze we’re experiencing. If it happens again next summer – or the one after – as it very well could, can you imagine the political doghouse Scott Morrison and his Coalition parties will be in?

Morrison is already bearing most of the ire of people displaced by the fires. So much so that he’s learned not to show up to offer his commiserations. But is it really his fault? No. Just one of the six prime ministers we’ve had over the past two decades can hardly take all the blame. In any case, Morrison is right to protest that nothing Australia could have done by itself could have stopped the deterioration in climate we’re seeing. The only solution is global, so all the big, rich economies – particularly the Americans, less so the Europeans – must share the blame for the continuing rise in average temperatures.

And even the biggest developing economies – China and India, particularly – could have done more to reduce the intensity of their emissions (emissions per dollar of GDP) without abandoning their efforts to raise their living standards to some higher fraction of those we have long enjoyed.

But Morrison doesn’t escape the responsibility of leadership as easily as that. For one thing, it’s his side of politics that’s done most to sabotage the limited and belated efforts Australia has made, since the defeat of the Howard government, to contribute to the global effort to reduce greenhouse gas emissions.

And you have to go back to John Howard’s refusal to ratify the Kyoto agreement of 1997 to find an instance of Australia actively disrupting efforts to reach international agreement on stronger action, to match the shamefully destructive contribution Angus Taylor made at the conference in Madrid last month by insisting that Australia be allowed to use an accounting trick to shirk its responsibilities.

For any Australian leader to claim, hand-on-heart, to have done all they reasonably could to reduce global warming, they have to be able to say they committed us to a disproportionate reduction in our emissions, so as to have the moral authority to press the bigger players to do more. None of our leaders can say that, least of all Howard and Morrison.

And then there’s the law of politics that says if it’s fair enough for the government of the day to claim the credit when things go well – even when the seeds of that success were sown by an earlier administration – it’s equally fair for the government of the day to cop the blame when the neglect of earlier administrations finally hits the fan, as it has this summer.

Not Morrison nor any of his predecessors can honestly claim to have been caught unawares by what’s happening before our eyes and noses. The CSIRO has been warning for at least a decade of just this concurrence of adverse and costly events – in lives and health, as well as property – as the planet warms.

It’s tempting to wonder whether, in his heart of hearts, Morrison is himself a climate-change denier. But that hardly matters. These days, what politicians truly believe doesn’t have much bearing on what they do and say. Conviction politics is dead. These days, politicians seek out the position that, while sitting easily with their heartland supporters, is likely to give them the greatest short-term advantage over their political opponents.

Whatever he believes, Morrison is too cagey to come out as a denier. Like Malcolm Turnbull before him, he’s bound hand-and-foot by the deniers in his own party and the Nationals. So, until now, his safest position has been to say he accepts the science, while falsely claiming to be comfortably on target to reach the (inadequate) emissions reduction we committed to in the Paris agreement.

There are two approaches to the “wicked” problem of global warming: mitigation (reducing emissions) and adaptation (changing in response to whatever warming we get). The greenies have seen these as in conflict and frowned on effects to adapt. But Morrison and his predecessors have been so bound up by their deniers that they haven’t wanted to talk about even such issues as getting set to cope with much worse bushfire seasons. No excuses for that, Scott.

Ross Gittins is the Economics Editor of The Sydney Morning Herald.