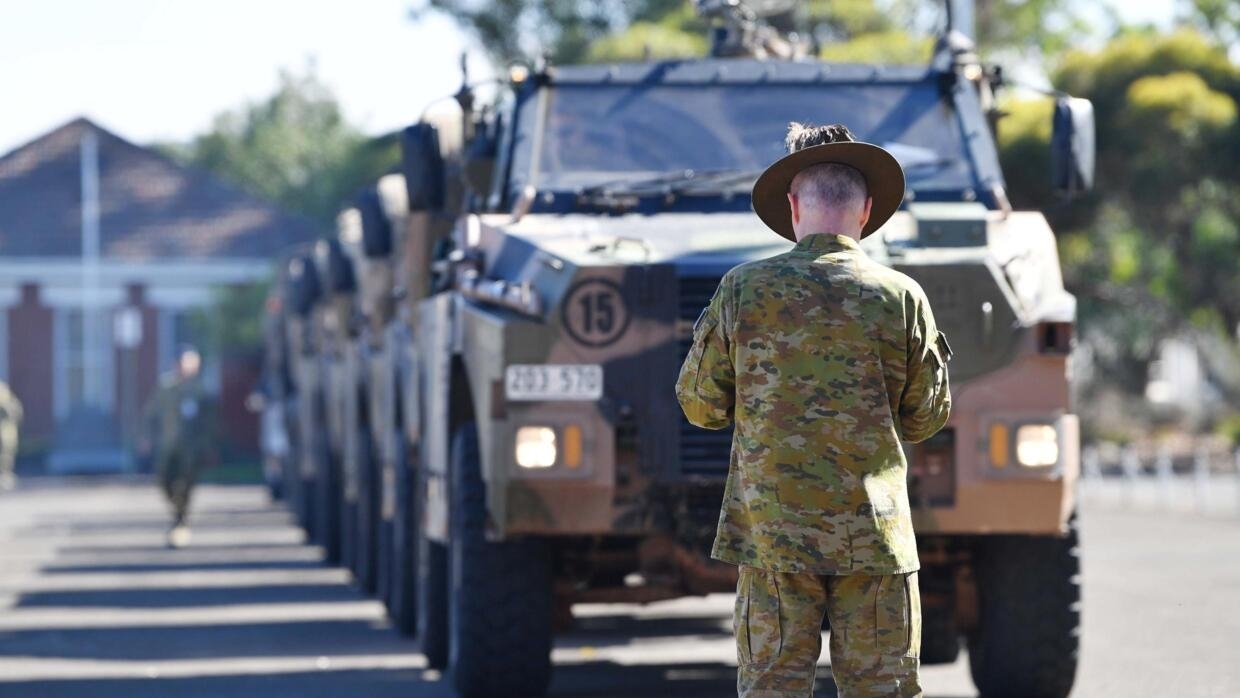 Reserve troops were deployed to fire-ravaged regions across three Australian states on Monday after a torrid weekend that turned swathes of land into smouldering, blackened hellscapes.

The bushfires have now destroyed an area the size of Ireland, according to official figures, and authorities warned the months-long crisis is not over as another heatwave looms.

Firefighters joined by fresh teams from the US and Canada were taking advantage of rainy and cooler conditions to tackle out-of-control blazes ahead of soaring temperatures forecast later this week.

Military teams, in the biggest-ever call up of reserves, fanned out across eastern Australia to help emergency services assess the damage, restore power and deliver supplies of food, water and fuel to cut-off communities.

For the first time in Australian history the government also deployed its medical assistance team — normally sent to other nations to lend support in the aftermath of their disasters — to help evacuees.

“There is no room for complacency, especially as we have over 130 fires burning across (New South Wales) state still,” New South Wales Premier Gladys Berejiklian said early Monday.

That took the total amount of land burnt close to eight million hectares — the size of the island of Ireland or South Carolina.

Twenty-four people have lost their lives so far, with over 1,500 homes damaged.

“We’re still not even into what we would regard as the peak of the fire season,” McNamara told national broadcaster ABC.

“So we’ve probably got at least another four to five weeks of this sort of weather and we’ve got to deal with it.”

In the usually picturesque southeastern town of Eden, Holly Spence said she spent more than 12 hours defending her family’s farm on Saturday, less than a week after saving it on New Year’s Eve.

“If we weren’t here the spot fires would have taken all our sheds and the house and everything,” the 28-year-old told AFP.

“We don’t want to go through this for a third time.”

Fiona Kennelly, 50, who evacuated with 24 members of her extended family to a motel outside Eden, said she was relieved the easing conditions allowed them to get some respite from the crisis.

“It’s good to see daylight at the right time again,” she told AFP, adding that the skies had been turning pitch-black in the afternoons.

Authorities were also grappling with the health impacts of heavy smoke engulfing cities and towns in or near fire-hit regions, including the country’s second-largest city Melbourne and the national capital Canberra.

In Canberra, some government departments were shut as the city’s air quality was once-again ranked the poorest in the world, according to independent online air-quality index monitor Air Visual.

There has been growing anger in Australia about Prime Minister Scott Morrison conservative government’s slow response to the deadly climate-fuelled bushfire crisis, with rallies calling for action planned across major cities on Friday.