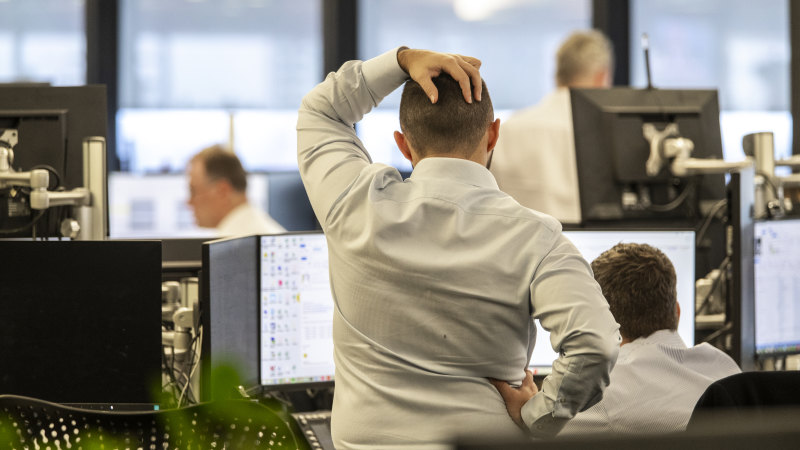 Apollo Tourism & Leisure has warned the unprecedented bushfire situation across Australia is likely to impact its earnings in the current financial year, sending its share price plummeting on Monday.

“Domestic last-minute bookings over the peak summer holiday period have been impacted by the bushfires,” it told the ASX. “The global media reporting of the Australian bushfires will also impact forward bookings.”

While it said the “impact from the bushfire situation on Australian rental bookings into H2 FY20 is unclear at this stage”, it cautioned that it will “make it challenging for the company to reach the underlying FY19 net profit of $14.7 million in FY20”.

“A further update will be provided with the Group’s half year results, to be announced on Tuesday, February 25,” it said.

Investors aren’t waiting around to find out the details, sending ATL shares plummeting 16.3 per cent to $0.36 in early trade.

Macquarie Research has cut its rating on gold producer Evolution Mining from outperform to neutral, accompanied by a 10 per cent reduction in its price target for the stock following as soft production update from the company.

“A softer quarter for EVN with Mt Carlton the key area of weakness,” the investment bank told clients in a note released on Friday. “Mt Carlton’s geological review has also reduced FY20 production expectations but, given the narrowing of the ore system is also seen in the underground, we believe an impact to longer-term production is likely.”

Macquarie says that while the company is taking steps to mitigate the effects of potential water restriction escalations at Cowal, it believes an “increase in the salinity of processing water will impact near-term processing costs at the mine”.

“Longer-term reductions to our outlook for Mt Carlton and near-term processing cost increases at Cowal lower FY21 EPS 18 per cent with around 10 per cent falls out to FY24,” it said. “The reduced EPS outlook and around a $220 million cut to our Mt Carlton valuation causes a 10 per cent cut to our price target to $3.80.”

After sliding more than 6 per cent on Friday, EVN shares have bounced 1.6 per cent to $3.64 in early trade.

Information technology is down 1.3 per cent while healthcare – the strongest performer last week in terms of percentage gain – has also shed more than 1 per cent, hit by a stronger Australian dollar following a soft US nonfarm payrolls report released last Friday.

Consumer stocks are also under pressure with consumer discretionary off 1 per cent while staples have fallen by a smaller 0.8 per cent.

The losses elsewhere range from 0.4 to 0.7 per cent. Financials and materials are down 0.7 per cent and 0.5 per cent respectively, the latter helped slightly by strength in gold miners in early trade.

Despite the loss of a key supply contracts with convenience store operator 7-Eleven and supermarket firm Drakes announced last year, increased diversification of earnings and conservative debt levels should support a rebound in the share price for Metcash in the year ahead, according to investment bank Morgan Stanley.

“Customer losses have brought structural concerns to the fore, but we think cyclical impacts are being conflated with structural issues to some extent,” Morgan Stanley told clients.

Compared to peers, the investment bank says Metcash is looking particularly cheap, pointing to a possible upward re-rating after being marked down aggressively in late 2019.

“MTS trades at around a 50 per cent discount to the ASX Industrials ex-Financials, below its average 35 per cent since 2010, despite having diversified its earnings base across Hardware/Liquor and delevering substantially,” it said. “We think around an estimated 11.5 times FY21 price-to-earnings ratio and [its] discount to the ASX200 Industrials ex-Financials is too cheap.”

Morgan Stanley has an overweight rating on the stock. It has also lifted its price target to $2.95. MTS shares trade at $2.52.

Australian retail sales surged by 0.9 per cent in November, according to official data released by the ABS last Friday, the strongest monthly increase in two years.

If analysis of internal credit card spending at ANZ Bank is any guide, that performance is unlikely to be repeated in December.

“The data suggest that the peak Christmas shopping season – December 16 until Boxing Day – was much weaker this year than the past few years,” said David Plank and Adelaide Timbrell, economists at ANZ. “ANZ card data have sales down a touch more than 5 per cent in 2019 over this period compared to the same time in 2018.”

ANZ said the pull-forward of Christmas spending into November by deep discounts offered in Black Friday and Cyber Monday promotions, along with smoke-clogged skies in many of Australia’s eastern capitals due to bushfires raging across the country, likely explain the scale of the spending slowdown recorded last year. The growing popularity of buy now pay later service providers, potentially reducing spending that would normally have been made using credit cards, may have also been a factor.

“Compared with 2018, the 2019 Christmas shopping season was weaker in every state and territory, except the ACT,” Mr Plank and Ms Timbrell said. “The Christmas effect has been weakening for some time, but the softness in 2019 appears to be particularly stark.”

Despite a brutal 35.9 per cent slide in the company’s share price since August last year, including a 6 per cent fall on Friday following a disappointing production update, analysts at Citi remain firm in the belief that brighter days lie ahead for gold producer Evolution Mining, retaining a buy rating on the stock and price target more than 20 per cent above its current trading level.

“With one of the lowest all-in sustaining cost bases across our coverage and expected news flow from exploration at Cowal, we keep our Buy call headed into full December quarter results due on January 29,” Citi told clients. “We have a positive view of the business which has large scale, low cost gold production, leverage to copper, and management with proven operational and corporate ability.”

ASX-listed health food distributor Freedom Foods has been hit with legal action in California after a key supplier alleged the company withheld payments for a well-known almond milk brand to fund dividend payouts to shareholders.

Freedom Financing, a wholly owned subsidiary of the $1.2 billion listed group was last month sued by Sacramento-based Blue Diamond, US court documents lodged in December, and obtained by The Age and The Sydney Morning Herald, show. Blue Diamond, a co-operative of more than 3000 almond farms, produces the Blue Diamond Almond Breeze milk range.

The almond milk products are available at Woolworths, Coles and Foodworks in Australia as well as other outlets. The Almond Breeze brand is also popular in cafes. Freedom Foods, which counts the billionaire western Sydney-based Perrich clan as its majority shareholder and three members of the family as directors, has had a distribution contract with Blue Diamond since 2011. Blue Diamond sells over $US1.5 billion ($2.18 billion) in almonds globally each year.

A leading executive at Coles says Australian supermarkets could be checkout-free in 10 years as innovation in retail technology and an increasing focus on costs quickly make the traditional purchasing experience redundant.

The $20 billion ASX-listed retail giant’s head of commercial and express, Greg Davis, told The Age and The Sydney Morning Herald that customers would later this decade be able to shop and leave the supermarket without going through a checkout.

“I have no doubt in the next 10 years, customers will be able to take the product off the shelf, put it in their basket, walk out and have it all paid for,” Mr Davis said.

Coles is aiming to use technology to strip $1 billion from its cost base by 2023 through an initiative it has dubbed “Smarter Selling”. It is also battling fierce rival Woolworths and insurgents such as Aldi for a greater share of the $100 billion-a-year grocery market.