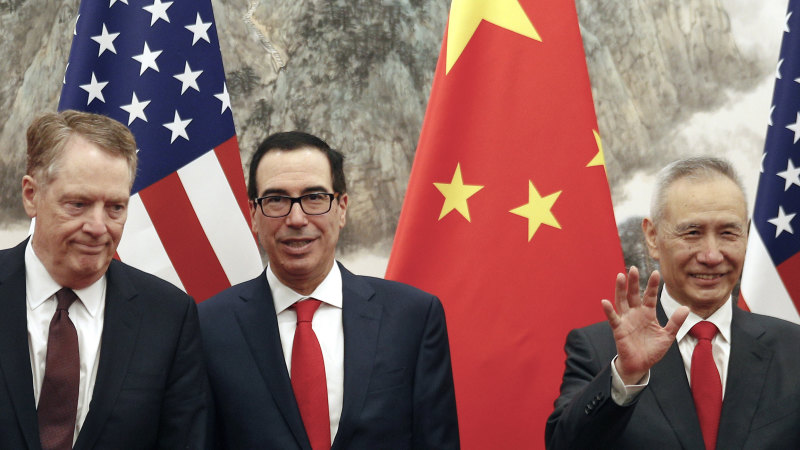 Payments provider EML has continued to rally in early trade, hitting fresh record highs after announcing it has secured a contract with NSW Health to be its provider of branded General Purpose Reloadable card programs for employee Salary Packaging on Tuesday.

SPI futures were bang-on with their assessment on how local stocks would begin Wednesday’s trading session with the benchmark S&P/ASX 200 up 15.4 points, or 0.2 per cent, at 6977.6 after 12 minutes of trade. That’s a new record high. The 7000 level is quickly looming on the horizon.

Utilities are up 0.8 per cent, leading market gains. REITS and industrials have added 0.6 per cent, consumer staples and tech 0.4 per cent, while materials and consumer discretionary have risen 0.3 per cent.

Financials and energy are up less than 0.1 per cent while healthcare and communications are flat.

Gold producer Resolute Mining has sold its Ravenswood gold mine in Queensland to private equity firm EMR Capital in a deal worth up to $300 million.

Completion of the transaction is targeted to occur prior to March 31, 2020, subject to the satisfaction of conditions precedent.

Resolute said proceeds from the sale will be used to reduce debt and strengthen the Company’s balance sheet.

“We have strengthened our balance sheet with a combination of immediate cash and the potential for future upside as well as removing the requirement of a large near-term capital investment,” Resolute’s MD and CEO John Welborn said. “[We] can now focus our attention and energy on our African portfolio and the abundant opportunities our experience provides for further growth and value creation.”

Most Chinese commodity imports remained strong in December, especially iron ore, crude oil and copper. Coal was one notable exception with imports tumbling to 2.8 million tonnes, down over 70 per cent from the same month a year earlier. Rather than reflecting weak demand, ANZ Bank’s senior commodity strategist said there was another factor behind the sudden plunge.

Vivek Dhar, mining and energy commodities analyst at the Commonwealth Bank, notes China has an undeclared cap of 300 million tonnes of coal imports per annum, with the steep decline in December seeing annual imports come in just under this figure.

As such, Mr Dhar suspects coal imports will normalise as soon as this month.

“We are surprised though by the degree of reduction in China’s coal imports last month and suspect that cargoes were deliberately delayed so as to count towards the 2020 coal import quota,” he said.

Forget optimism towards the outlook for US corporate earnings or hopes for improved trade relations between the US and China. Nomura’s global macro and quantitative strategy team believes there’s another reason equities continue to rally: the fear of missing out, or FOMO.

“The strong tone in global stock markets has broadly held up,” they told clients earlier this week. “Some commentators have blithely chalked this up to the market taking a liking to the news that the US and China plan to sign their ‘phase one’ trade deal this week, but we would also point to the likelihood that some speculative players have resigned themselves to joining the herd in chasing the market up, as the almost uniform rise in the market has not served up any convincing dips to buy.”

Inflationary pressures in the United States remain contained, at least according to official measures, pointing to the potential for further interest rate cuts from the Federal Reserve.

Core consumer price inflation rose 0.1 per cent for the month and 2.3 per cent for the year in December, the former undershooting economist expectations for a slightly faster increase of 0.2 per cent.

“While much of the weakness was driven by the volatile components of used cars and airfares, the data does highlight inflation remains subdued in the US,” NAB economist Tapas Strickland wrote.

“[It suggests] core PCE inflation has slowed to a 1.5 per cent pace, down from 1.6 per cent in November and well below the Fed’s 2 per cent inflation target,” he said. “With inflation continuing to under-club, the risk remains the Fed may need to cut on the inflation outlook alone even if the growth outlook has become more positive.”

Markets are currently 90 per cent priced for the Fed to deliver a further 25 basis point rate cut by the end of the year.

Tesla chief executive Elon Musk is coming close to earning the first $US346 million ($501 million) tranche of options in a record-breaking pay package, after the electric vehicle maker’s stock more than doubled in the last three months.

Shares of Tesla surged 9 per cent to a record high on Monday. They need to rise another 6 per cent to put Tesla’s stock market value at $US100 billion and then be sustained at that level for both a one-month and six-month average in order to trigger the vesting of the first of 12 tranches of options granted to Musk to buy Tesla stock.

Musk has already hit an operational target that is also necessary for the options to vest.

Founder and CEO Laurence Fink, who oversees the management of about $US7 trillion ($10 trillion) in funds, said in his influential annual letter to CEOs on Tuesday that he believes we are “on the edge of a fundamental reshaping of finance” because of a warming planet.

Climate change has become the top issue raised by clients, Fink said, and it will affect everything from municipal bonds to long-term mortgages for homes.

The New York-based money giant is taking immediate action, exiting investments in coal used to generate power, and it will begin asking clients to disclose their climate-related risks.

“Because capital markets pull future risk forward, we will see changes in capital allocation more quickly than we see changes to the climate itself,” Fink wrote in the letter. “In the near future – and sooner than most anticipate – there will be a significant reallocation of capital.”

You can read the full yarn on this topical subject here.

Cbus CEO David Atkin on Tuesday resigned from the super fund for the construction and building industries after 12 years in the role. On his watch the fund’s assets under management rose from $12 billion to $56 billion.

“There’s opportunity to make money for investors by investing in renewable energy,” he said. “This fund has been putting our money where our mouth is and looking to invest in sustainable opportunities.”