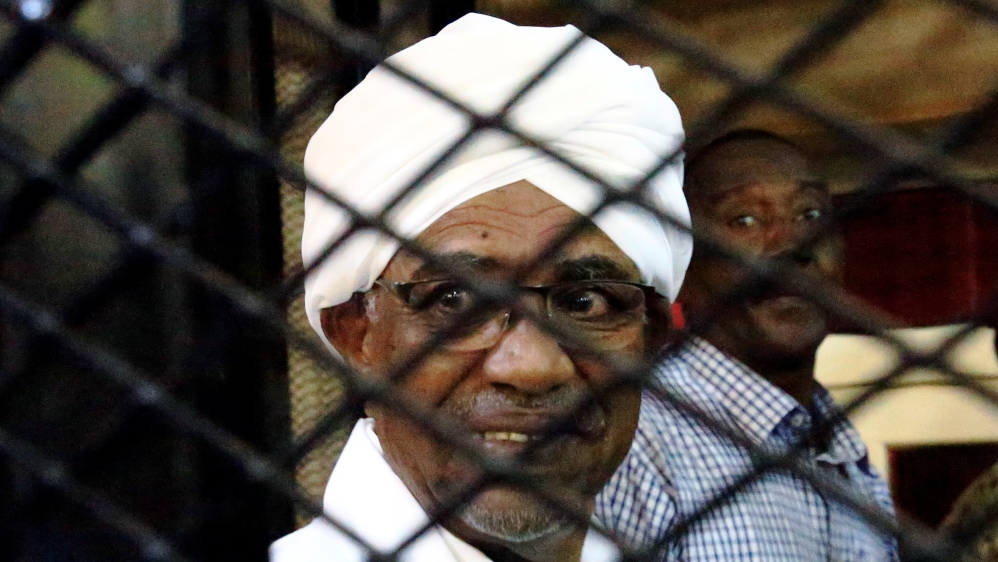 Sudan’s former President Omar al-Bashir has been sentenced to two years in prison on financial irregularity charges in the first of several cases against the leader was removed after nearly 30 years in power.

Al-Bashir, who was overthrown in April after months of nationwide demonstrations, appeared in court in the capital Khartoum on Saturday, facing charges of corruption and illegal possession of foreign currency.

Saturday’s case against him centred around suitcases filled with multiple currencies worth more than $130m which were found in his home.

While the former president admitted he had received $25m from Saudi Arabia’s Crown Prince Mohammed bin Salman (MBS), he pleaded not guilty to the charges.

Al Jazeera’s Hiba Morgan, reporting from Khartoum, said: “But these are not the only charges.”

“Just a few days ago he was investigated and interrogated for his role in the 1989 coup that brought him to power and ousted a democratically elected government.”

The 75-year-old, who was in power for 30 years, was deposed when members of the military arrested him after months of nationwide anti-government protests.

He is currently being held in Kobar prison – where he once sent many of his political opponents and which is a far cry from his luxurious palace.

According to his lawyers, al-Bashir was this week summoned to answer questions about the coup that brought him to power in 1989 and the killing of protesters earlier this year.

He is also wanted by the International Criminal Court (ICC) in The Hague for crimes against humanity, war crimes and genocide in Sudan’s Darfur region. It is still unclear whether or not he will be handed over.

Despite the international warrant for his arrest since 2009, al-Bashir managed to travel to several countries in recent years, including Arab and African nations.

The northeast African country of Sudan is currently ruled by a transitional civilian government and is one of the world’s 25 poorest countries.