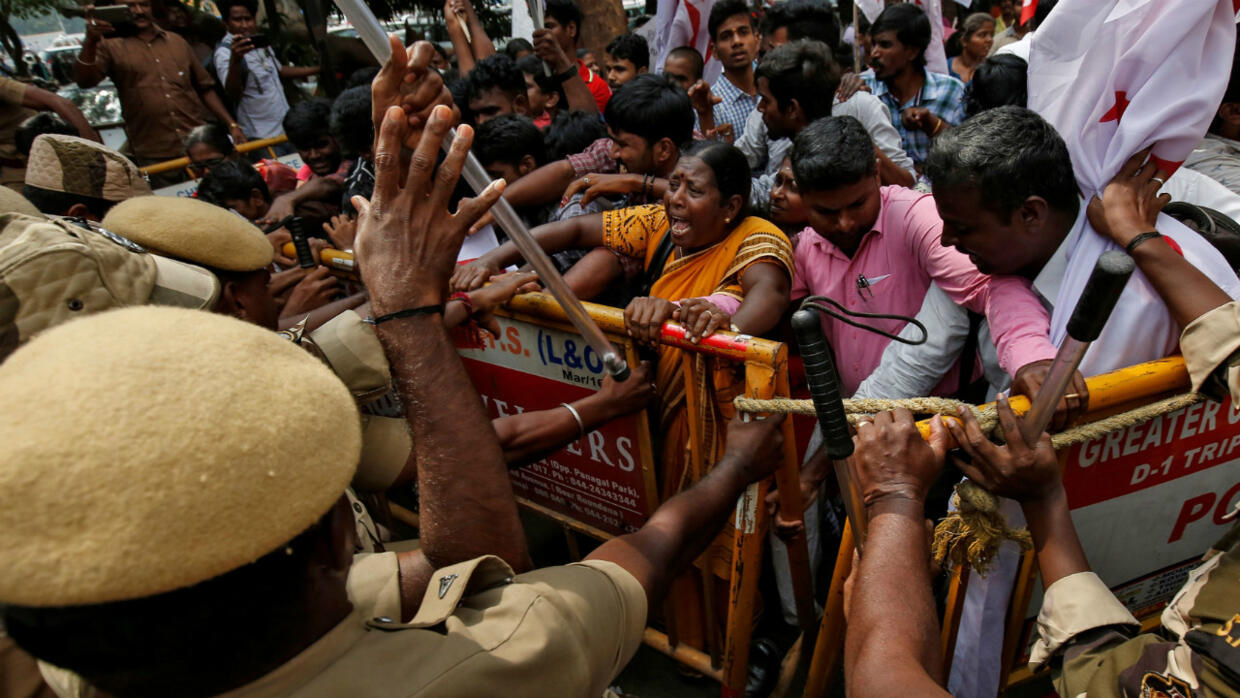 Three people were killed Saturday during clashes between demonstrators and police in northern India, raising the nationwide death toll in protests against a new citizenship law to at least 17.

O.P. Singh, the chief of police in Uttar Pradesh state, said the latest deaths increased the death toll in the state to nine since Friday, when police clashed with thousands of protesters who took to the streets in several parts of the country to oppose the new law, which they say discriminates against Muslims.

“The number of fatalities may increase,” Singh said. He did not give further details on the latest deaths.

The ongoing backlash against the law marks the strongest show of dissent against the Hindu nationalist government of Prime Minister Narendra Modi since he was first elected in 2014.

The law allows Hindus, Christians and other religious minorities who are in India illegally to become citizens if they can show they were persecuted because of their religion in Muslim-majority Bangladesh, Pakistan and Afghanistan. It does not apply to Muslims.

Critics have slammed the law as a violation of India’s secular constitution and label it the latest effort by the Modi government to marginalize the country’s 200 million Muslims. Modi has defended the law as a humanitarian gesture.

Six people were killed during clashes in Uttar Pradesh on Friday, and police said Saturday that over 600 in the state had been taken into custody since then as part of “preventive action”.

Police have imposed a British colonial-era law banning the assembly of more than four people in some parts of the state.

The government also issued an advisory Friday night asking broadcasters across India to refrain from using content that could inflame further violence.

India’s Ministry of Information and Broadcasting, which released the advisory, asked for its “strict compliance”.

In the northeastern border state of Assam, where internet services were restored after a 10-day blockade, hundreds of women on Saturday staged a sit-in against the law in Gauhati, the state capital.

“Our peaceful protests will continue till this illegal and unconstitutional citizenship law amendment is scrapped,” said Samujjal Bhattacharya, the leader of the All Assam Students Union, which organised the rally.

He rejected an offer for dialogue by Assam Chief Minister Sarbananda Sonowal, saying talks cannot take place when the “government was hoping to strike some compromise”.

In New Delhi on Saturday, police charged more than a dozen people with rioting in connection with violence during a protest Friday night in the capital’s Daryaganj area.

At a news conference Saturday following the conclusion of an Islamic summit in Kuala Lumpur, Mahathir said that India was a secular state and the religions of people should not prevent them from attaining citizenship.

“To exclude Muslims from becoming citizens, even by due process, I think is unfair,” he said.

Protests against the law come amid an ongoing crackdown in Muslim-majority Kashmir, the restive Himalayan region stripped of its semi-autonomous status and demoted from a state into a federal territory in August.

The demonstrations also follow a contentious process in Assam meant to weed out foreigners living in the country illegally. Nearly 2 million people were excluded from an official list of citizens, about half Hindu and half Muslim, and have been asked to prove their citizenship or else be considered foreign.

India is building a detention center for some of the tens of thousands of people who the courts are expected to ultimately determine have entered illegally. Modi’s interior minister, Amit Shah, has pledged to roll out the process nationwide.