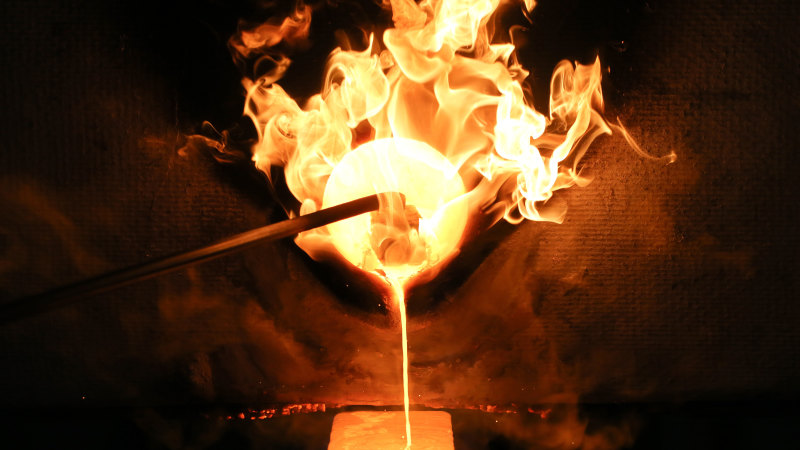 Crude oil and gold prices soared to fresh peaks during the session, as tensions in the Middle East escalated further on Wednesday following an Iranian missile attack on military bases housing US troops in Iraq.

“Retaliatory action taken by Iran set the market’s risk aversion interest on fire,” said Jingyi Pan, market strategist at IG Markets in Singapore. “With expectations of further friction from here, investors appear to be pricing for an all-out war.”

Crude oil futures jumped more than 4 per cent during the session, reflecting increased concern about the potential for supply disruptions in the Middle East.

Brent crude contracts for March delivery jumped 5.1 per cent to $US71.75 per barrel upon the resumption of trade, according to Refnitiv data, coming within a whisker of the high of $US71.95 set in mid-September when a drone attack on key Saudi oil facilities led to temporary concerns over supply from the world’s largest crude oil exporter.

In early afternoon trade, Brent futures were trading at $US70.25 per barrel, up 2.9 per cent from Tuesday’s closing price. US WTI crude oil futures for February delivery were also up 2.7 per cent at $US64.42 per barrel, having hit $US65.65 per barrel earlier in the session, the highest level since April 25 last year.

Both Brent and WTI front-month futures have now gained in excess of 25 per cent from early October, helped by not only increased geopolitical tensions but also an extension of supply curbs from OPEC and its allies in December. Optimism about the outlook for demand following an easing in trade tensions between the United States and China has also contributed to the increase.

News of the missile strike on US bases located in Iraq also led to strong gains in gold on Wednesday, with spot prices lifting as much as 2.4 per cent to $US1610.90 per ounce, according to Refinitiv, hitting fresh seven-year highs in the process.

Along with increased uncertainty, gold prices were helped by a slide in the benchmark Australian 10-year government bond yield to 1.151 per cent, extending the decline from the multi-month high of 1.42 per cent struck early last week to a substantial 27 basis points.

The implied probability for a RBA rate cut next month also climbed to 65 per cent, according to Australian interbank futures, up from around 40 per cent just before Christmas.